On the hunt for Matzo(Matza?,Matzoh?) Meal 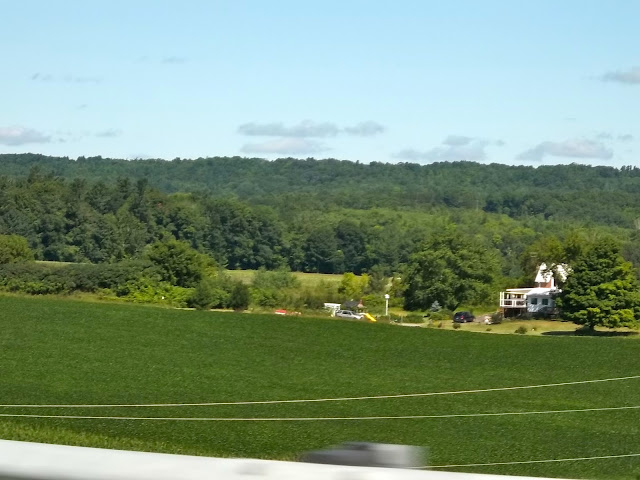 We are suffering from Matzo Ball withdrawal! Usually I have been able to find Matzo Meal at our local Sobey's but for some reason for the last six months or so they have not stocked it. I contacted the company who makes it and was directed to their Canadian distributor. He has not gotten back to me in ten days now so I have given up on him. So off to Brighton to the Sobey's to talk to someone there about it. The farm in the photo above is on the way to Brighton. Pardon the blurry photos but they are taken with a cheapie point and shoot camera, flying along in the car. 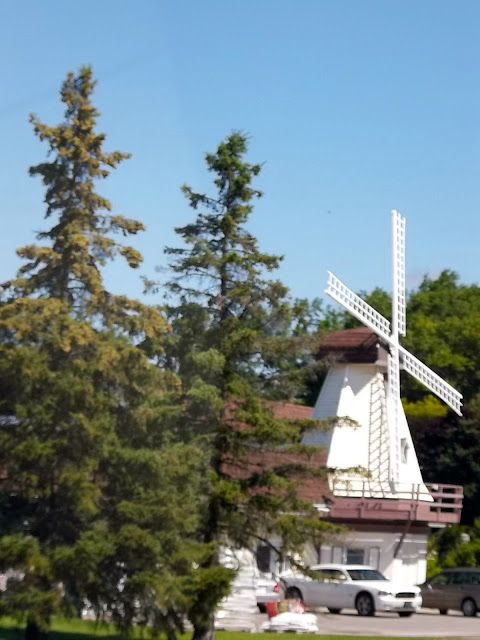 This windmill is at Hollandale Nurseries. Beautiful nursery with any and all plants you could ever want. 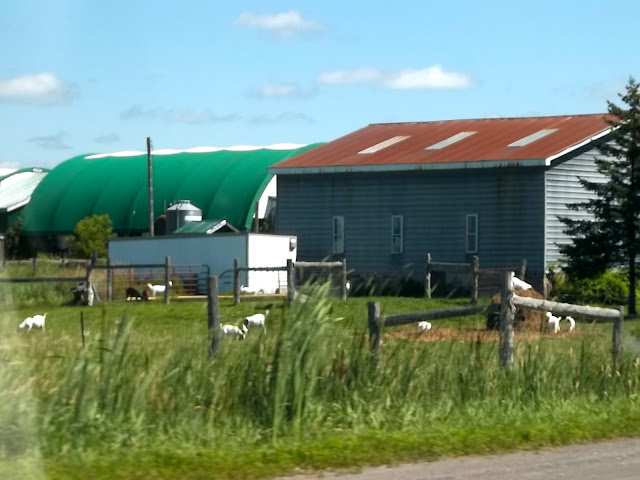 Here is the goat farm. We don't see them out in the yard too often so this was a treat. 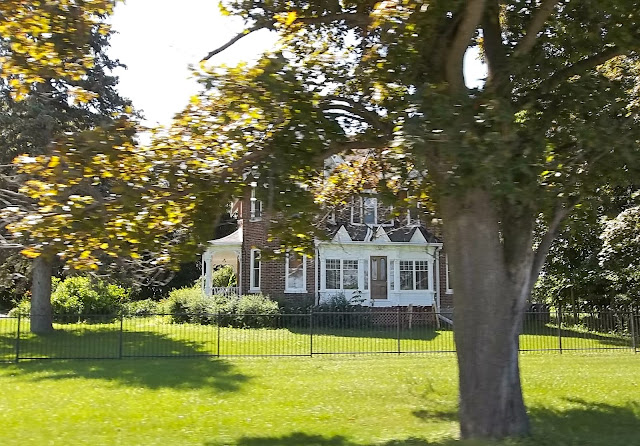 Gorgeous old brick house on a very large piece of land. In our thirty years here I don't recall it ever being up for sale. 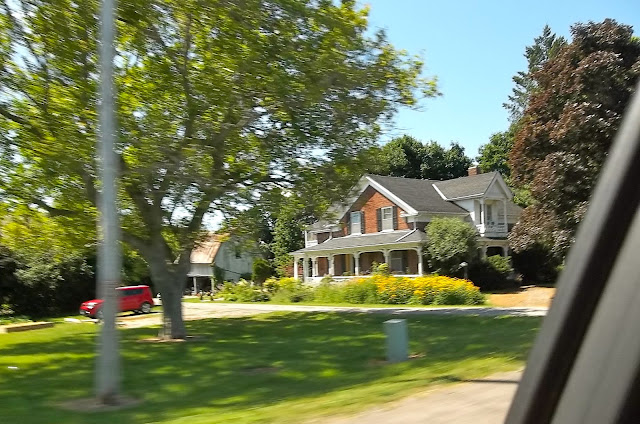 Another beautiful old brick house. For years they ran a farm stand with such fresh fruit and vegetables but gave it up last year. I do miss it. 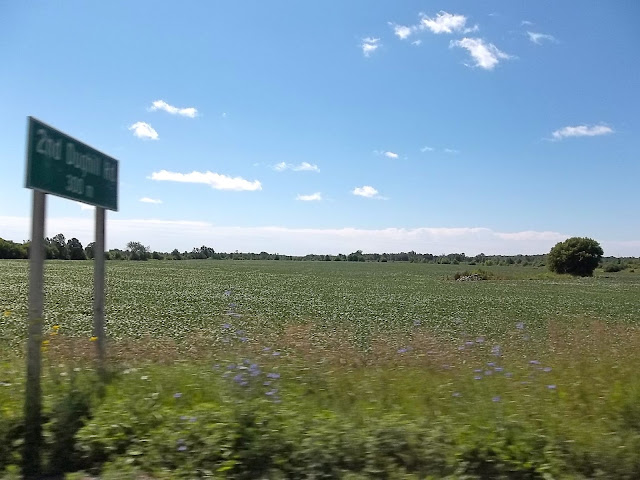 I just like the contrast between the sky and the green fields in this photo. We had a good bit of rain in the last twenty four hours so everything looks very lush. 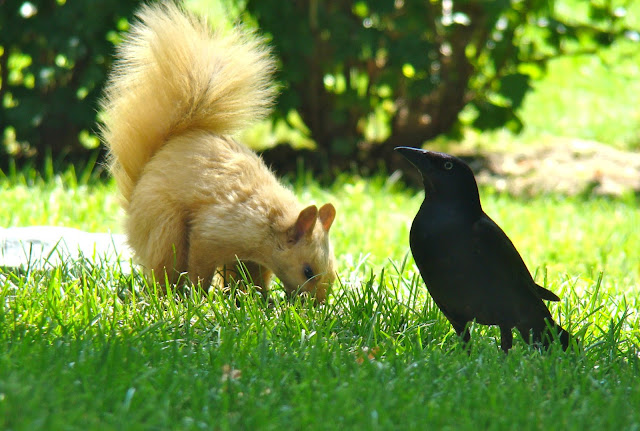 Look who showed up after being gone for ten days or so. She stayed and ate for about an hour before being scared off by a black squirrel. The grackle looks mesmerized!

The result of us going to Sobey's was they are talking to the Canadian supplier and will order us a case of Matzo Meal. Thirty six boxes. Small boxes but still thirty six! Anyone need any Matzo Meal?