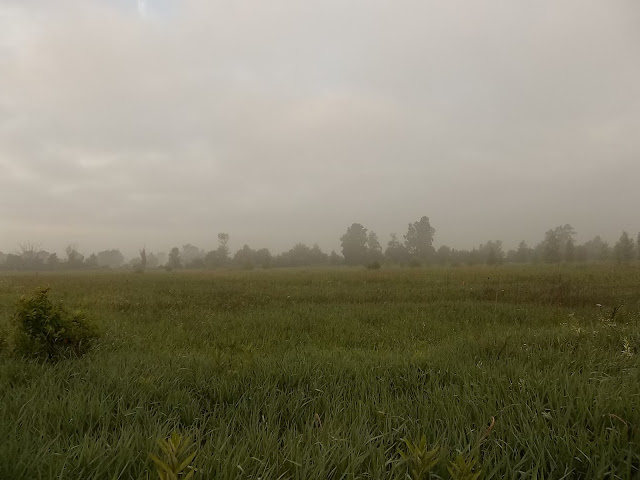 Hot and humid at 6:30 this morning when Chuck and I went for our walk. We wanted to get going early as we had planned on attending a show at The National Air Force Museum of Canada titled "Wings and Wheels". It started at 9:00 a.m. With it being so hot we wanted to get there early. 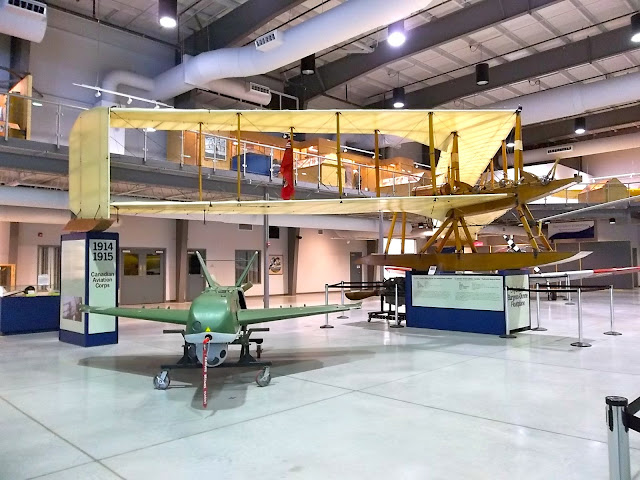 The plane above is a 1914 Burgess- Dunne Floatplane, the first Canadian military aircraft. It's purchase price was $5,000. What a tremendous amount of money that was back in 1914! 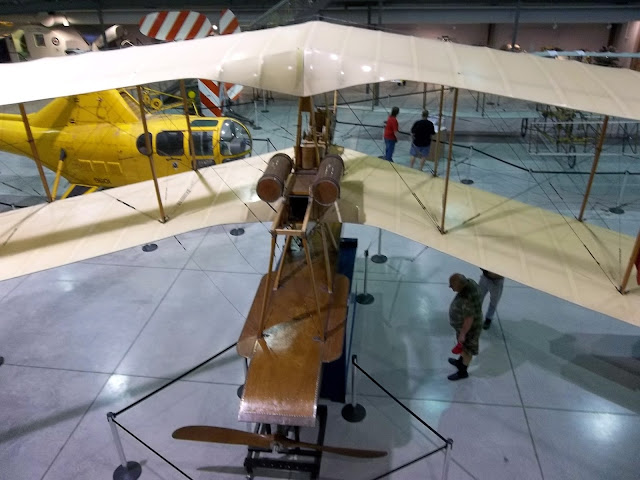 This is the floatplane from above. Very beautiful 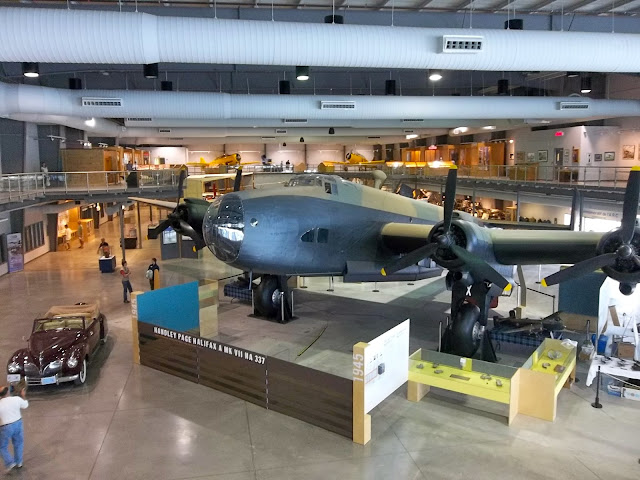 This is a Halifax, a WW2 bomber, the only one in existence. Rescued from the bottom of a Norwegian Lake, it is fully restored and could be flown again. This is the museum Chuck wants to volunteer at. He would love to help restore these vintage aircraft. As he is an Aircraft electrician, they are eager for him to come and volunteer. 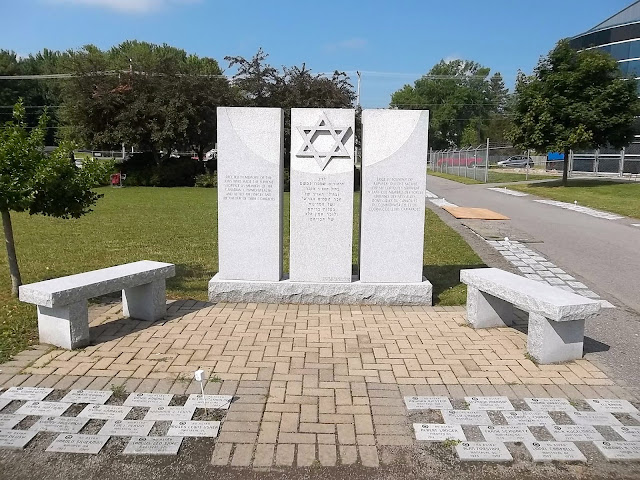 The inscription on this memorial written in English, Hebrew and French reads "Erected in memory of the Jews who made the supreme sacrifice as members of the Canadian, Commonwealth. and Allied Air Forces and the valour of their comrades." The bricks in front are purchased with the money going to support the museum. Chuck and I each have one located in the bottom right of the display. 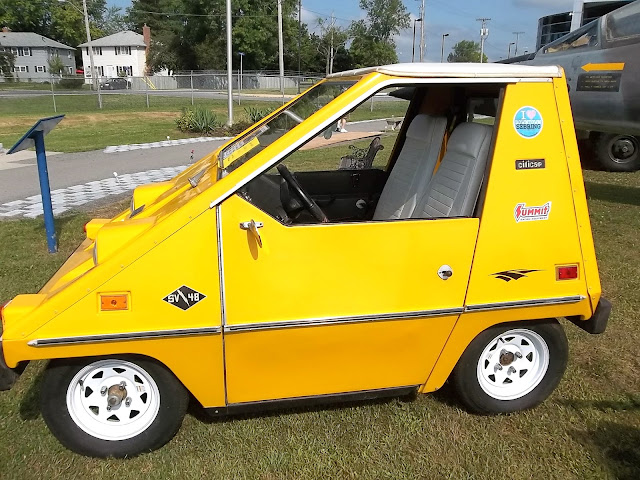 This is an all electric car. The gentleman told us he owns two of them, keeping one here in Ontario and one at his winter home in Florida. 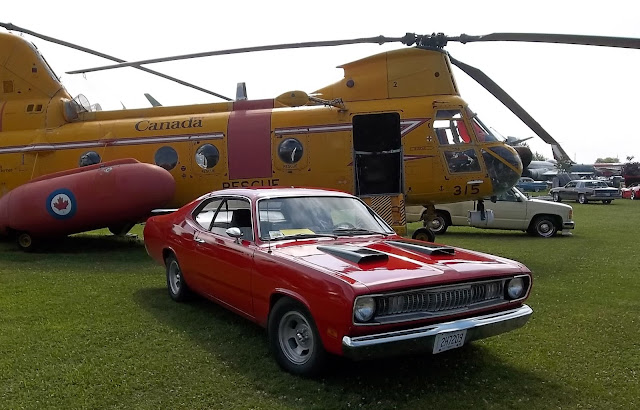 The cars were parked beside aircraft of the same vintage. This 1972(I think) Duster (Dart or maybe Cyclone) was pristine. 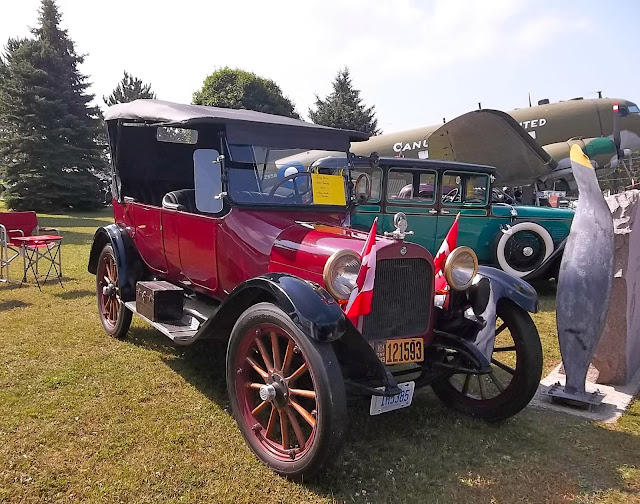 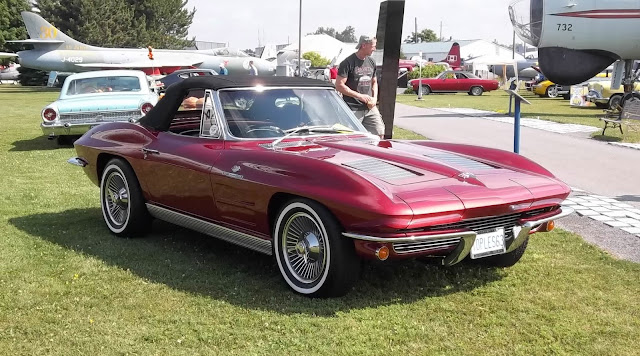 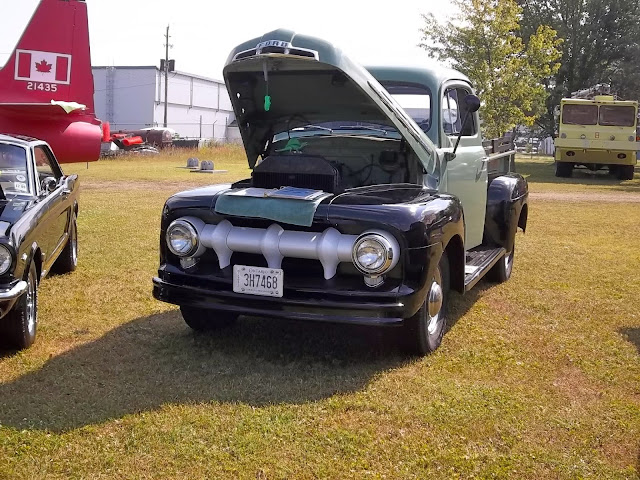 I do love antique trucks. My Opa had beautiful old trucks on the farm. I loved driving in them. 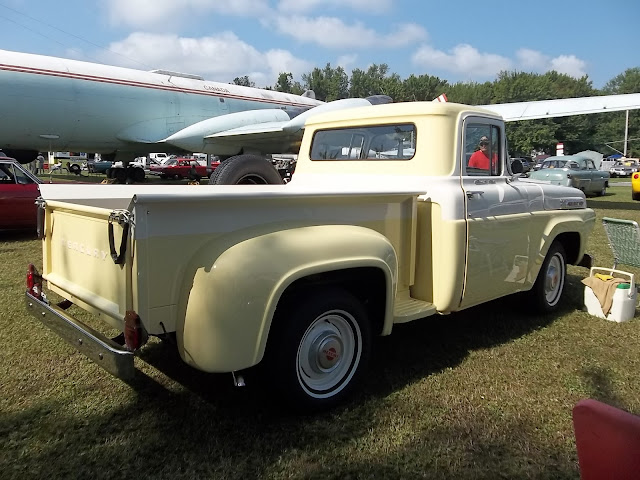 I love the colour combination on this old Mercury. 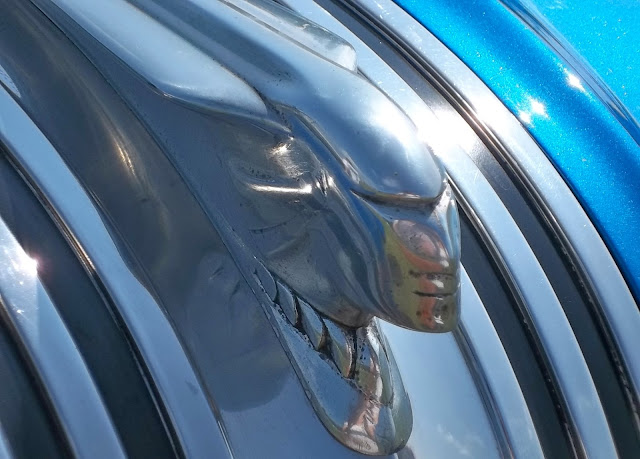 This hood ornament was on a 1948 Pontiac (I think. My brain was starting to melt in the heat!). Very striking.

It was very hot so by 11:00 we were home. We have spent the rest of the day inside keeping cool. It is supposed to be very hot all week, not something I enjoy. I hope you all had a good weekend. Talk soon.