Not the way you want to meet your local Firefighters 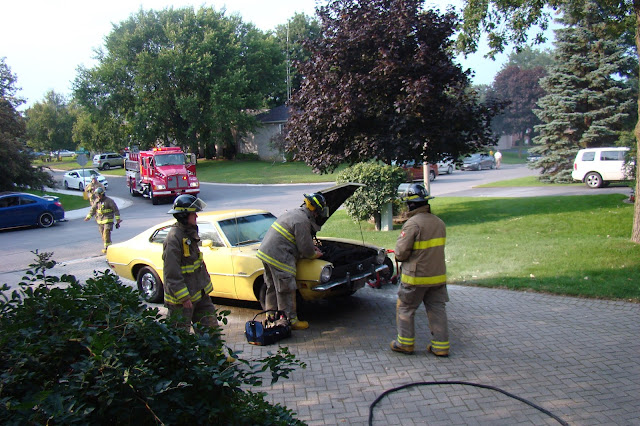 A quiet Saturday afternoon turned suddenly chaotic. I was making supper and Chuck said "I am just going to turn over the Maverick and run it for a few minutes". I heard him crank the engine and it started. For some reason I went to the door that separates the house and garage and opened it. Chuck had just leapt out of the car and flames were underneath the car. He yelled "Call 911" I slammed the door shut and raced to the phone. As I was making the call the flames got worse. Chuck jumped back in the car, put it in neutral, went around to the back of the car and hauled it out of the garage and down the driveway. 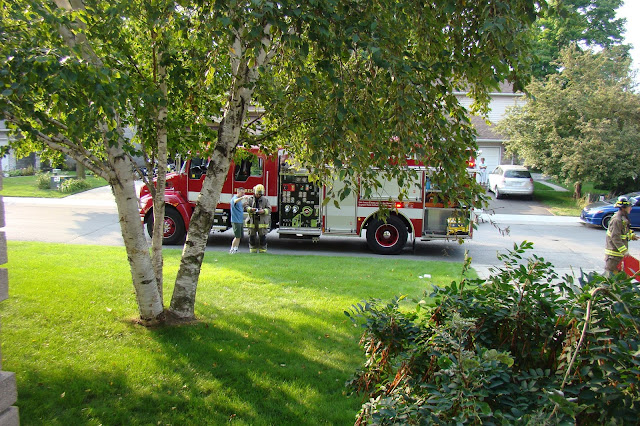 A neighbour came racing over with a fire extinguisher and put the fire out on the garage floor. A passing motorist jumped out of his car with another extinguisher and went at the flames under the car. By this time I was back outside and the fire department was on their way. We could smell gas and our neighbour said "It's going to go again" Two seconds later a big whoosh and it was burning again. The passing motorist went back under the car and put it out again. The volunteer firefighters were here by this time and took over. 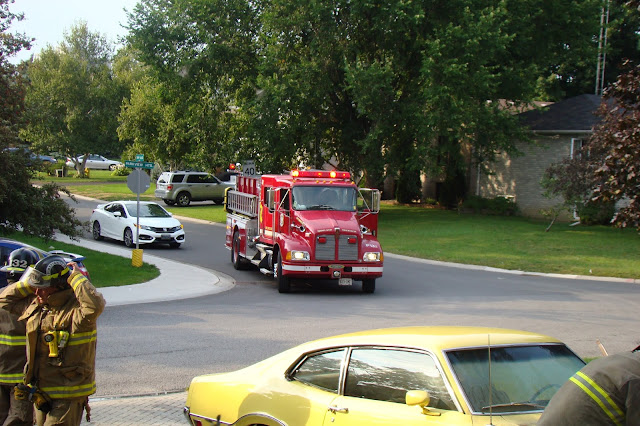 We assume a gas line ruptured and when Chuck started the car it ignited. Chuck is probably 135 soaking wet. How he hauled a 2800 pound car is incredible. The firefighters said because of his quick thinking he saved our home. He is my HERO!
We managed to get a few hours sleep but we are still shaky today. All insurances have been notified. We have lots of cleaning to do today!
Not the post I had planned today but thankfully we are all alright and the only thing damaged was the car. One of the neighbours who is an old car nut said " Oh, you must be devastated to lose your car!" I replied "I don't give a s@#t about the car. The most important thing in my world is that man standing there"
Hug those you love today.
Robin