Is It Friday Yet? 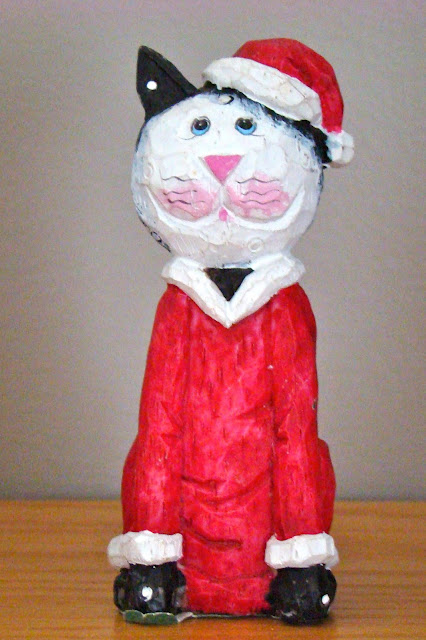 I finally got around to putting up the Christmas decorations yesterday afternoon. I think it took a grand total of 10 minutes. I haven't felt Christmassy since the year my Dad passed away. He loved Christmas! The hustle and bustle shopping, family visiting, cooking the Christmas dinner...the list goes on and on. I know I should make an effort and we do have a nice meal on Christmas day but besides that we don't do a heck of a lot. My Mum spends the day with my brother and his wife's family. As Chuck is Jewish Christmas means nothing to him but he happily goes along with me. We celebrate Hanukkah too which is coming up shortly.
I purchased the cat ornament shortly after we adopted our cat Sam. It looks just like her. It means even more to us now as she is gone. 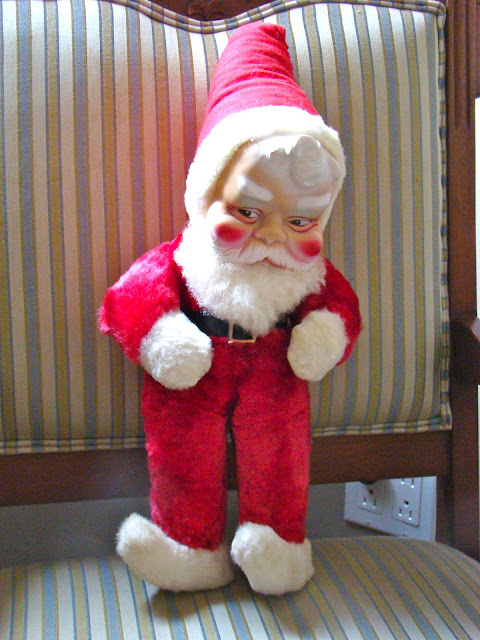 I found this Santa doll years ago in a thrift store. He has a rather strange look in his eye! Investigating on the internet I found out he is from the 1950's. Our first cat Linus loved to snuggle up to him at Christmas time. 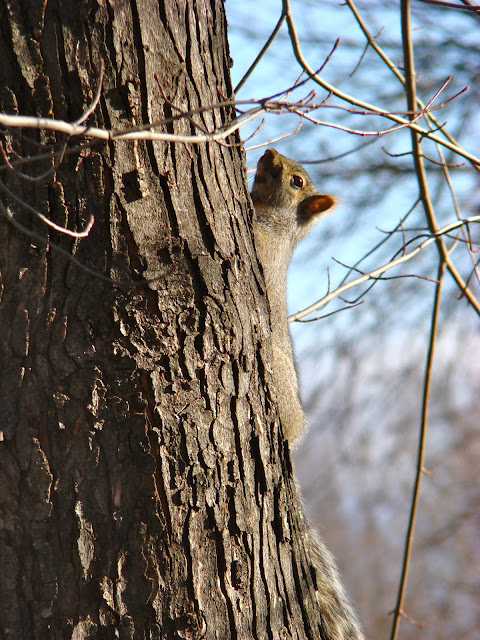 Cooler but sunny yesterday so much activity at the feeders. This squirrel is looking a little sleepy. 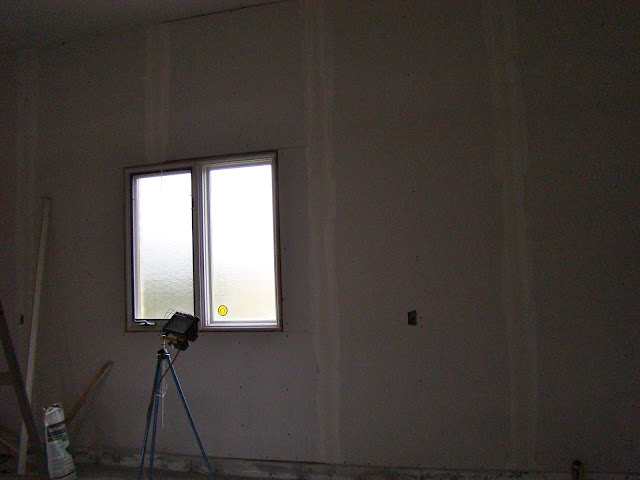 Work on the garage continues. Dan taped and mudded a good bit yesterday. It should be done in two more days. Now I have jinxed it! 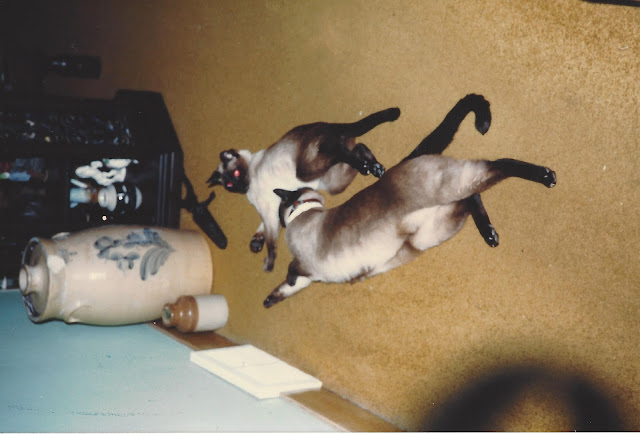 I though I would share two more old photos with you. Sorry, you have to tilt your head for this one. Simon (the larger one) and Sonya loved laying in front of the furnace grate in the winter. In fact we all liked to sit there in the winter. Here is my brother and I back in 1967. 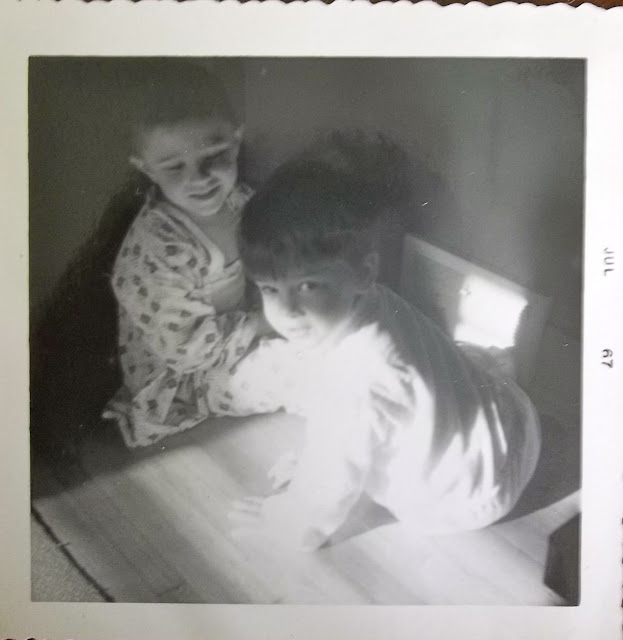 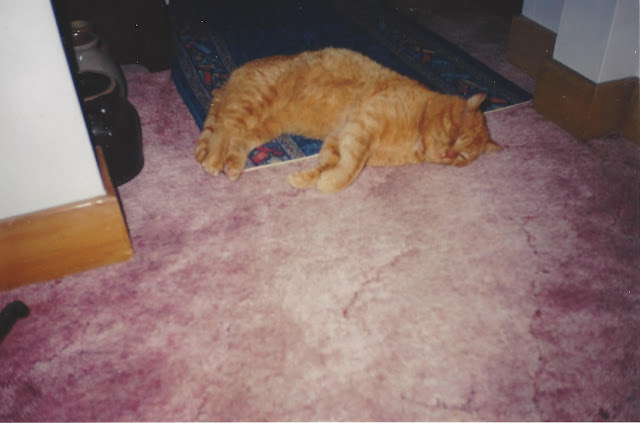 This is Herman. He was a stray cat that hung around my parent's house for a couple of years. My Dad fed him everyday and built him a shelter for the wintertime. One winter it was so cold they brought Herman in the house and let him sleep in the basement. From then on he came in most nights. This went on for a couple of years. He could be rather crabby and would let you know with a quick swipe when he had enough of your company. He was always very gentle with my Dad and loved to sit on his lap. When my Dad was diagnosed with Parkinson's it seemed Herman became even more gentle with my Dad. They loved to nap together. After my Dad went into long term care Herman wasn't happy and took to roaming again. He hadn't come home for a few days when my Mum got a call from a neighbour down the street. The Humane Society had picked Herman up after someone complained about him pooping in their garden. My Mum called and was told that after examining Herman it was determined he was very sick and actually pretty old and nothing really could be done for him. The vet recommended he be euthanized.  He had lived outside for so many years and it had taken its tole on him. My Mum went down to the Humane Society and said goodbye. He was the last cat my Mum had.
Now she enjoys my sister's dog when they visit.

Looking forward to a mild, sunny weekend. I imagine we will be putting the garage back together. I will be glad to have no more drywall dust and paint fumes!