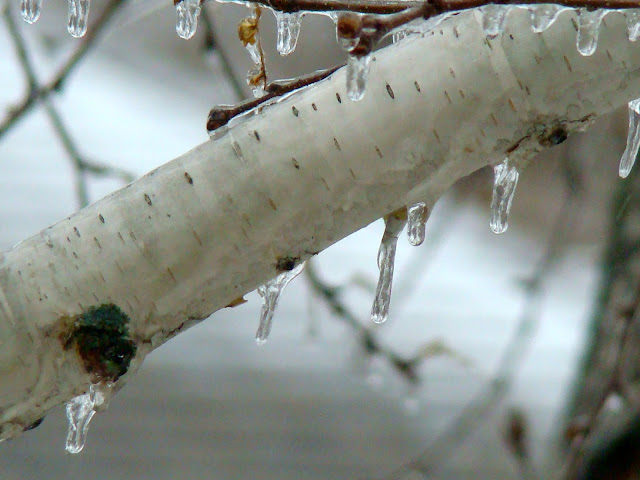 Our part of Ontario was certainly this yesterday. It looked very pretty but was treacherous for travelling and walking. We walked early in the morning before it got too bad. Chuck had to make a quick trip to the hardware store later in the afternoon and the roads were very slippery. 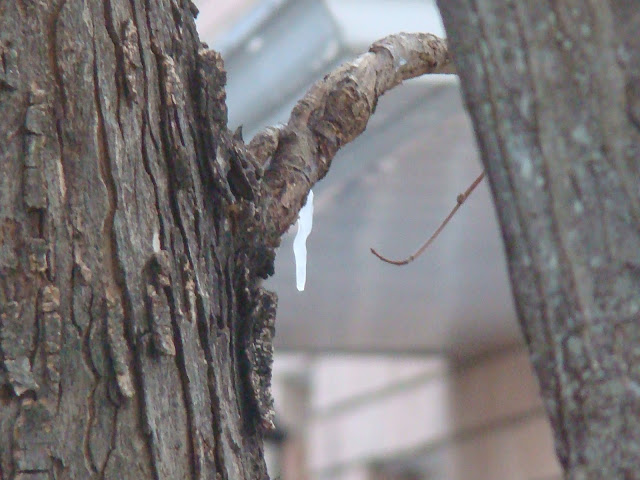 Tuesday wasn't a bad day though. Later in the afternoon just before supper I noticed some of the squirrels were licking the bark on the maple tree out back. It took me a moment to realize the sap is running already as seen in the photo above. I noticed frozen drips a few places on the tree. 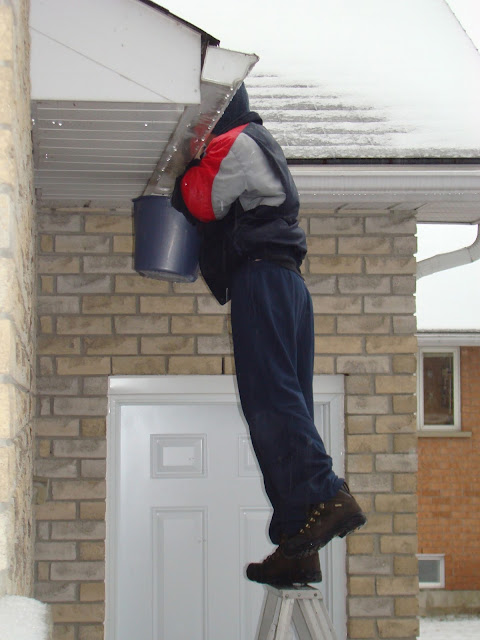 Speaking of frozen, that's what Chuck was after he finished thawing out  one part of the eavestrough. It doesn't quite run right here as it has fallen a bit. Chuck hammered it up in the Fall and it was good but with the ice accumulation it must of drooped a bit and when the rain started it was spilling over. A bucket of hot water melted the ice and it ran right after that. 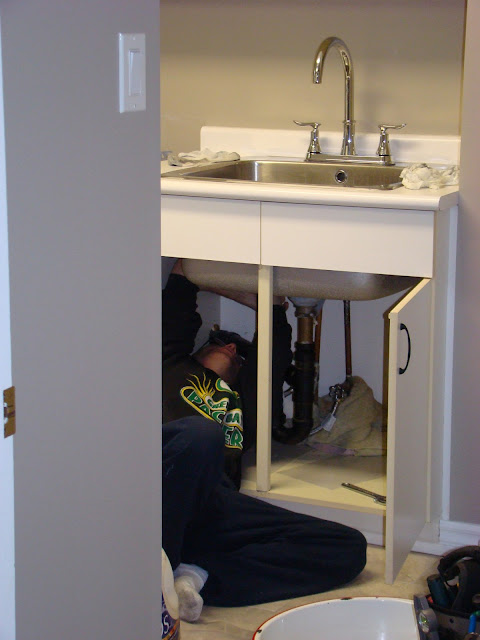 We put a new faucet on the laundry room sink yesterday too. Good day for inside jobs! 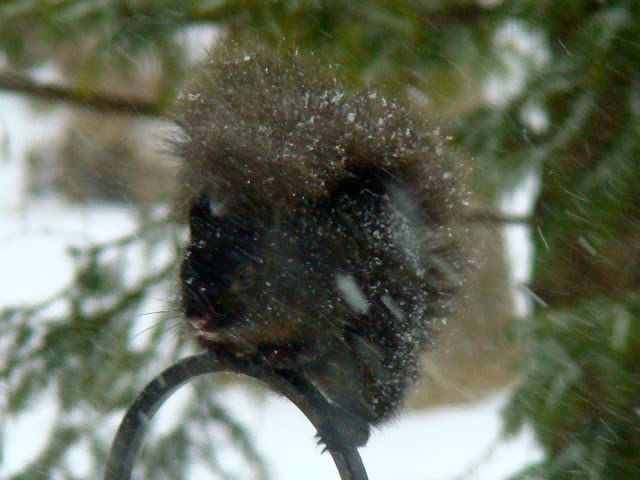 Not all of us could be inside though. Many critters at the feeders during the storm. 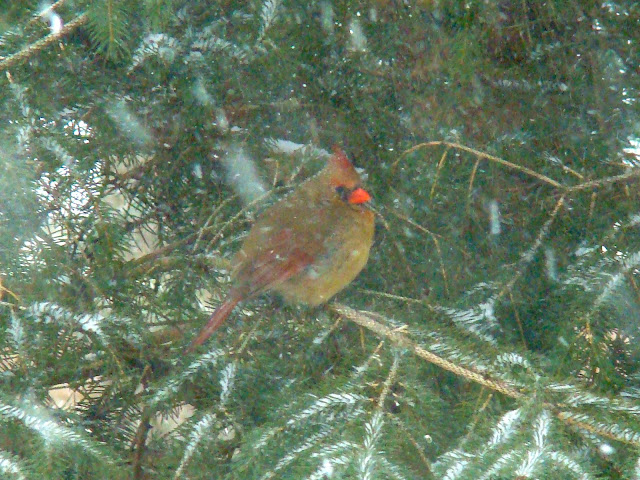 Ms. Cardinal hung around for a few minutes. 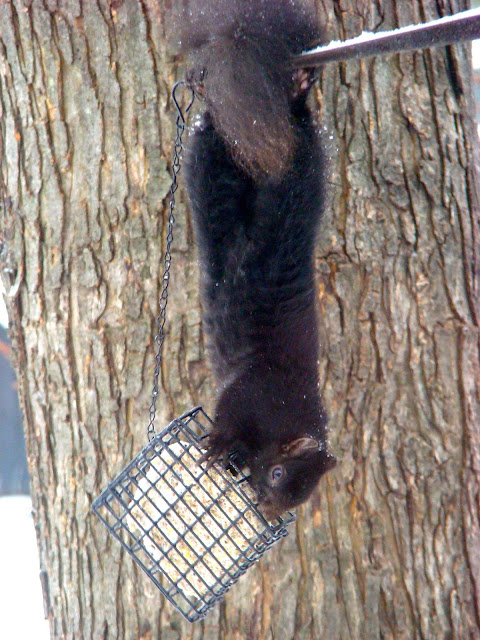 I knew it wouldn't be long before the squirrels discovered the suet. 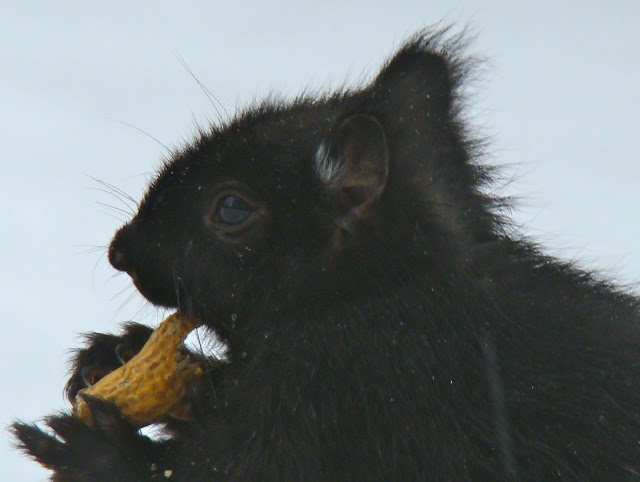 Ms. Tippy enjoying her peanuts. Very tame now. When she sees me she runs over and I toss her a handful of peanuts. 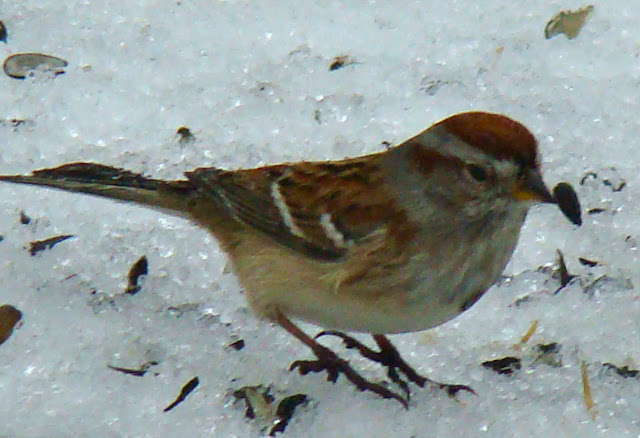 It is supposed to turn colder tonight. All the rain we had will now turn to ice. Makes for fun walking and driving!

I must go and start supper now. I hope you all have a wonderful weekend!
Robin