I don't know if I have mentioned somewhere in this blog but Chuck and I met in the wintertime (January) of 1982. I am almost 4 years younger than Chuck so I had just finished high school. He was just about to start a college course after working for a few years. We both were dead broke (recession of 1982 so not many jobs) so many of our dates included going for long walks. I will always remember walking in the snow and falling in love. 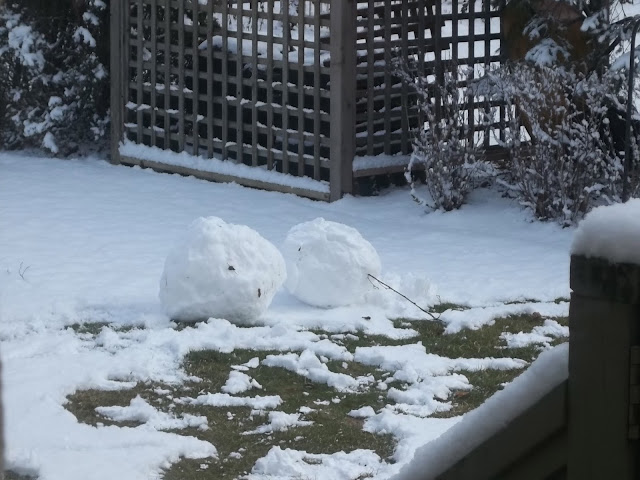 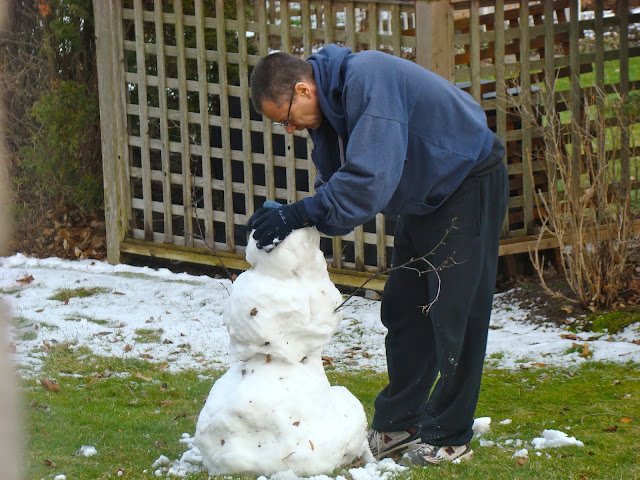 Yesterday morning we had a few cm of snow so after we came back from our walk I went out back to clear under the bird feeders. The snow was very sticky so I thought I would build a snowman. I haven't built one in probably 20 years. I rolled all the sections and popped one on top of another,  put in a couple sticks for arms and went back in the house to make lunch. Meanwhile Chuck was shovelling the driveway. We had lunch and I looked outside and the snowman had toppled over. The sun had come out and down it went. Darn! Well, I had things to do and didn't think anymore about it. I was passing through the kitchen awhile later and looked out. Chuck was outside fixing the snowman. Sometimes this man drives me bananas ( I know I drive him bananas too!) but he is a sweetie. 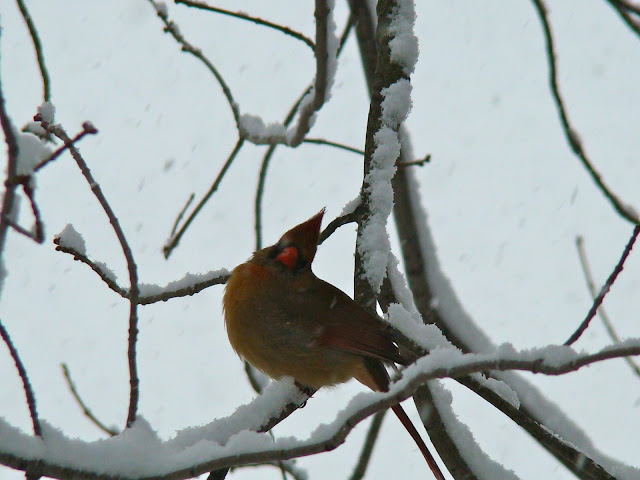 Anyway, I took some photos during the storm. 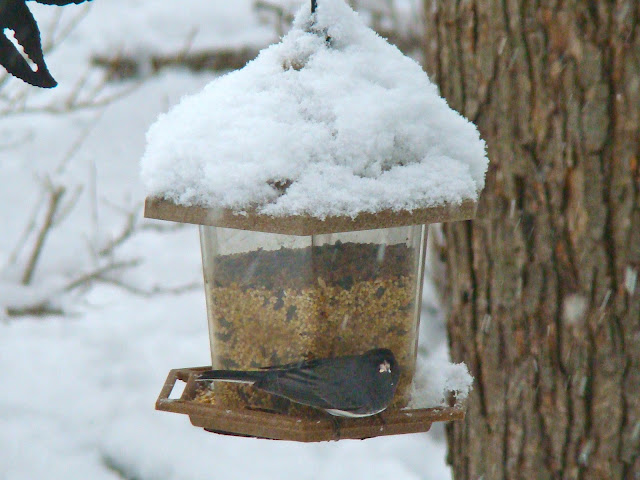 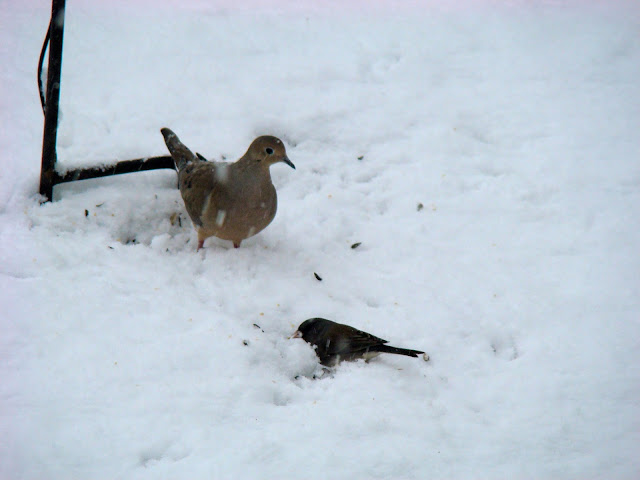 Digging in the snow. 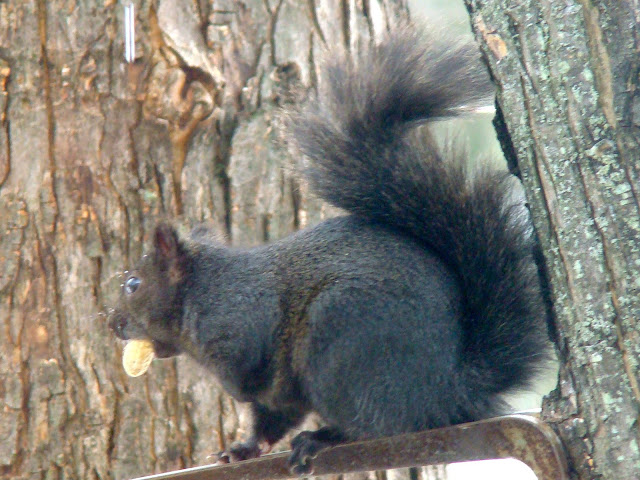 The snow was short lived as the sun came out and the temperature went up. 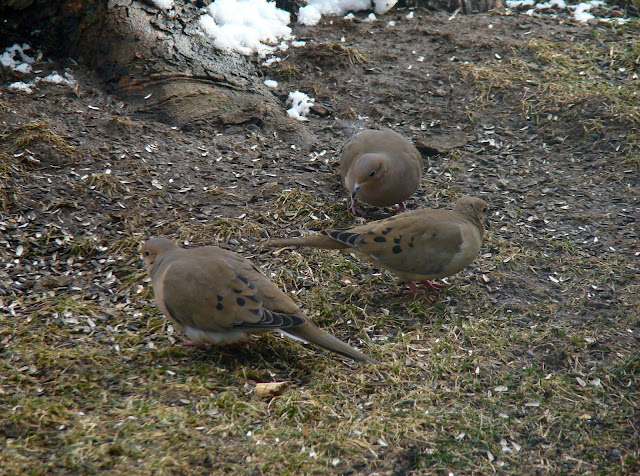 I counted 12 mourning doves under the feeders around supper time. 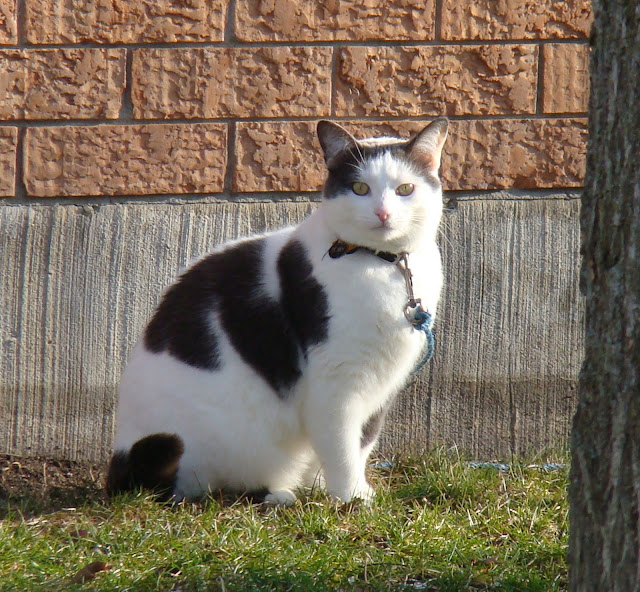 This morning was very sunny so Toby was put out to get some air. I finally managed a decent  far away photo of him. He actually looked at me when I called his name! 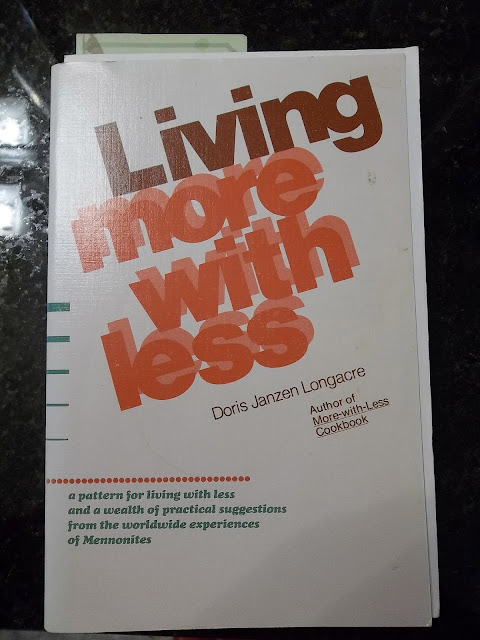 We are still continuing to de-clutter. This is a book I will not be getting rid of! I have had it for 20 years or so and try to read it once a year. It reminds me that we can live very well with much less. It was written in 1980 but still very relevant today. I have her cookbook too which is another very interesting read. 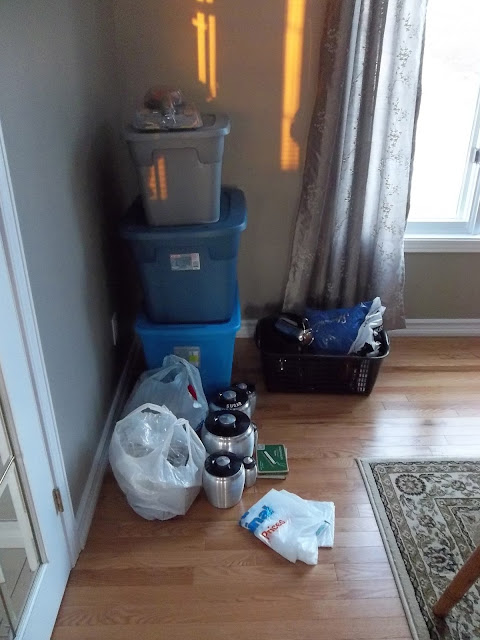 Here is the next pile heading to the Bibles For Missions Thrift Store. We are seeing the light at the end of the tunnel now. The car was already loaded up with another load which we took to Value Village this morning. 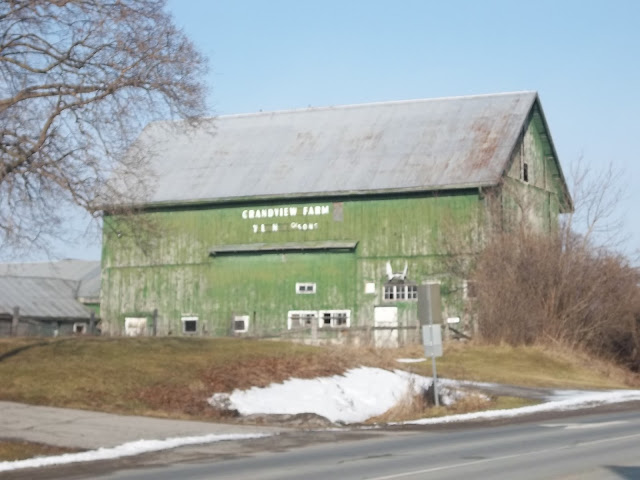 I took the camera along for the first time in a long time. It was beautifully sunny when we left. This is the barn just down the road from us. 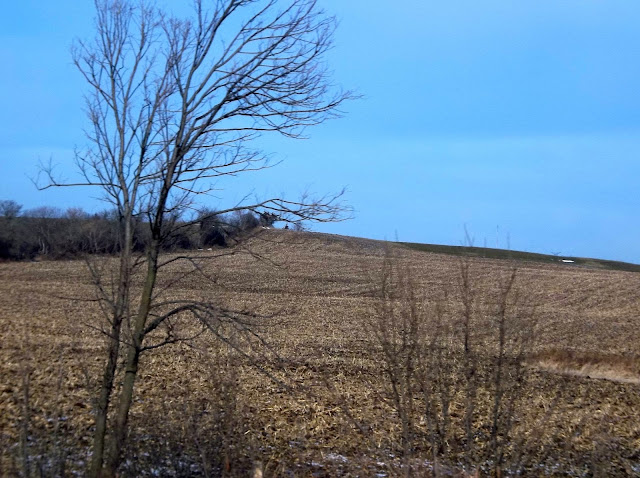 No snow here! Now the weather people are talking about a snow drought here in Ontario. No real snow is coming for at least the next two weeks although we are supposed to get quite cold this weekend. When Chuck shovelled the driveway yesterday morning he dumped all the snow in our flower gardens to cover up the perennials and give them some protection from the cold. 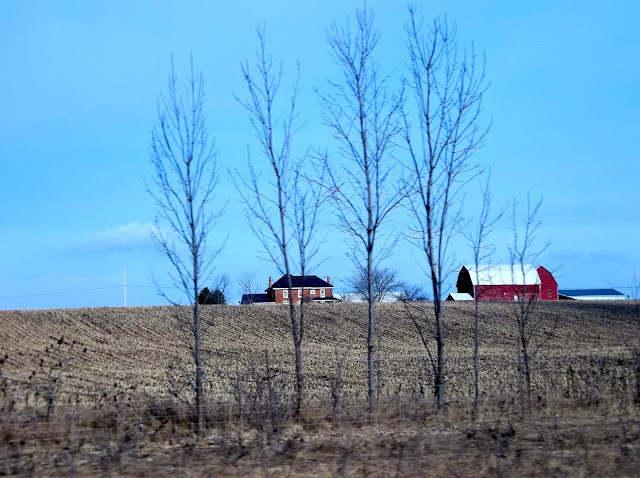 I just took my little point and shoot camera this morning and I was fiddling with the settings. I found one that lets me zoom in even more. This lovely farm is actually quite a distance away from the road. 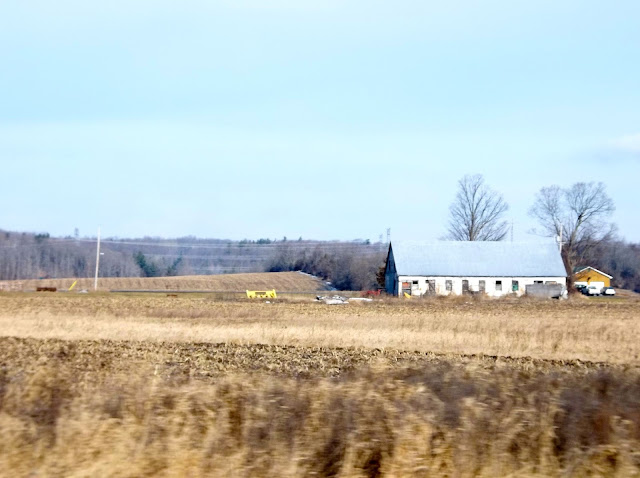 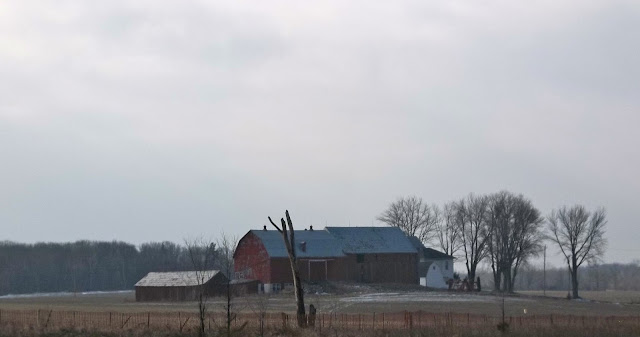 Lots of red barns in this area. 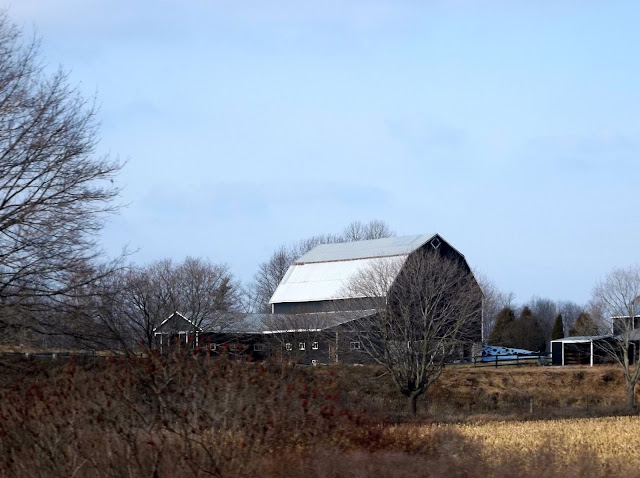 I love the window at the top of the barn. 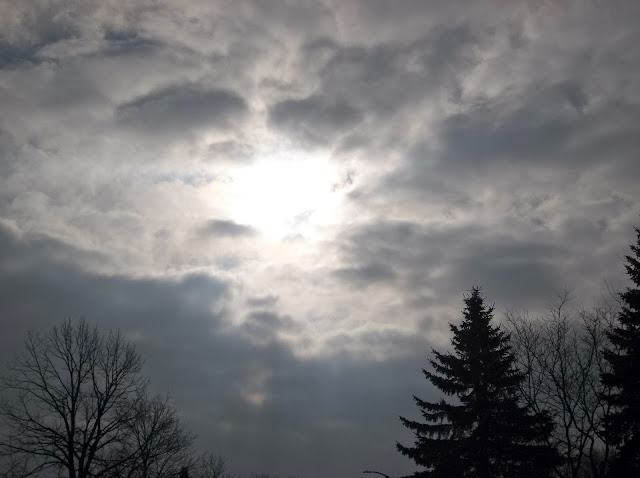 By the time we pulled off of the highway at our exit the clouds had rolled in. They didn't stick around long.  An hour later the sun was back out. We went for an hour long walk in just our spring coats. This has been a crazy winter weather wise.

If you read this whole post, Thanks! It was a long one.

Take care and have a great week!
Robin