"That's What Friends Are For" 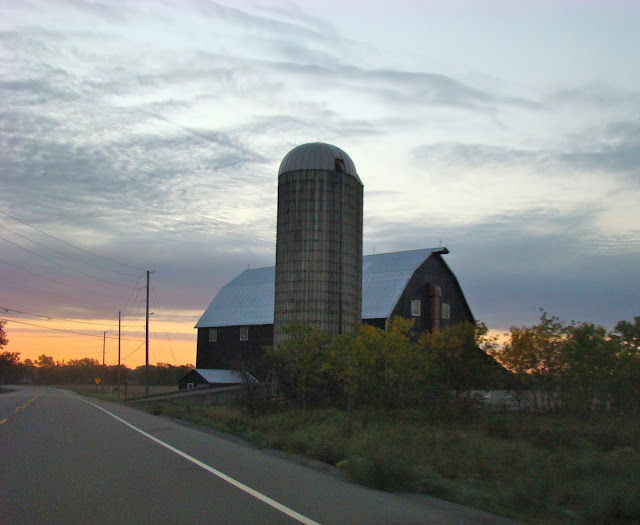 What a wonderful two days! Kim came down for a visit this week. I drove to the Belleville train station to pick her up Thursday morning. She caught the early train due in at 8:15. I left early so I drove the back way to Belleville and took some photographs as the sun was coming up. 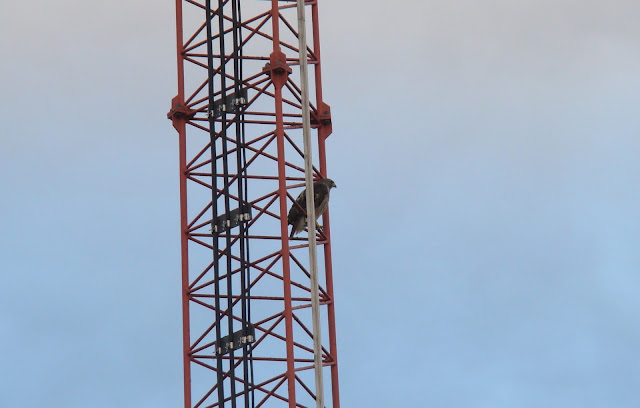 I arrived at the train station a few minutes before the train was due and spotted this red tailed hawk up on a tower. The crows were dive-bombing it but s/he didn't pay them very much attention. 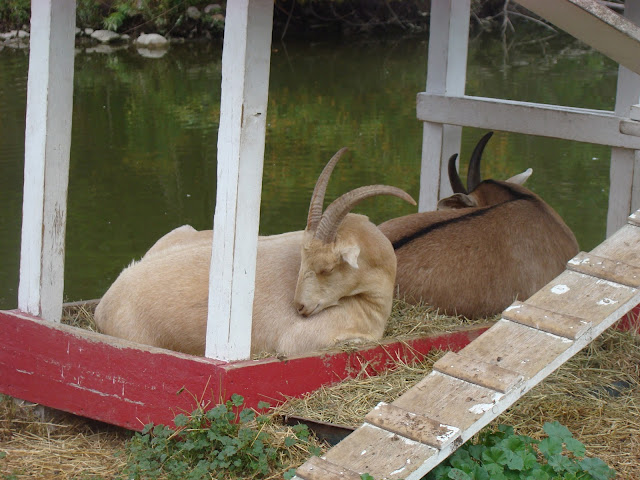 Kim arrived right on time and after a quick snack stop we were on our way! First stop, Reid's Dairy. Our favourite place to visit ducks, geese, goats, turtles…sadly no turtles this time. 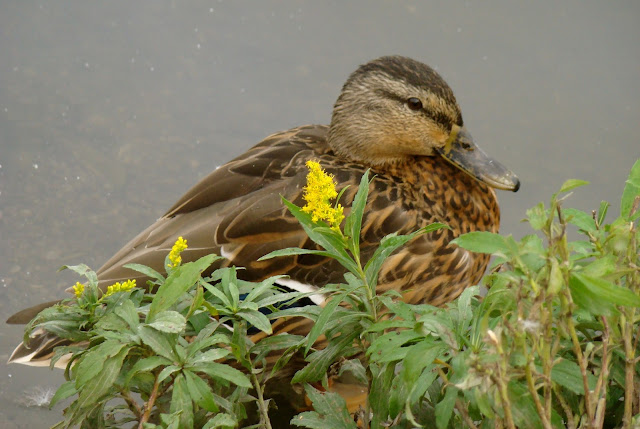 Many ducks milling around. The food dispensers were taken down for the season so we were not able to give them anything. 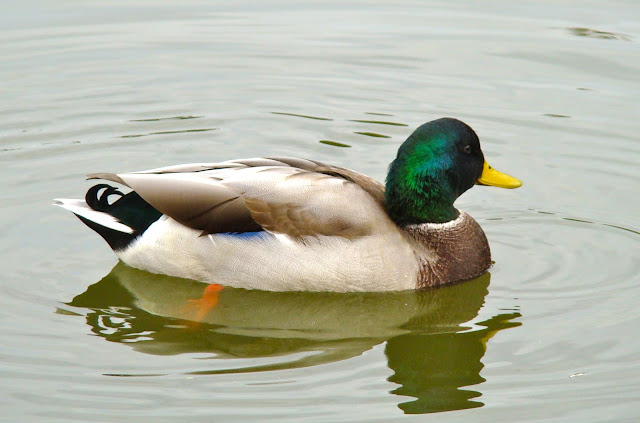 It was a warm day and eventually turned sunny. 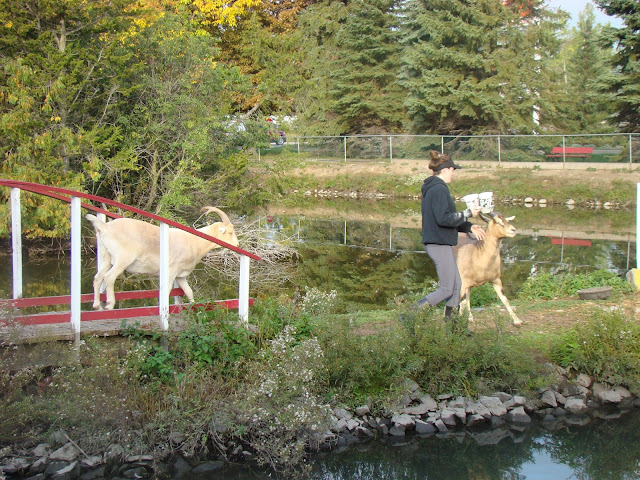 As we were taking photos a young lady came out to feed everyone. Kim asked about the goats and we found out they will be wintering there at the dairy. Their enclosure will be winterized and depending on how cold it gets they will stay there all winter. 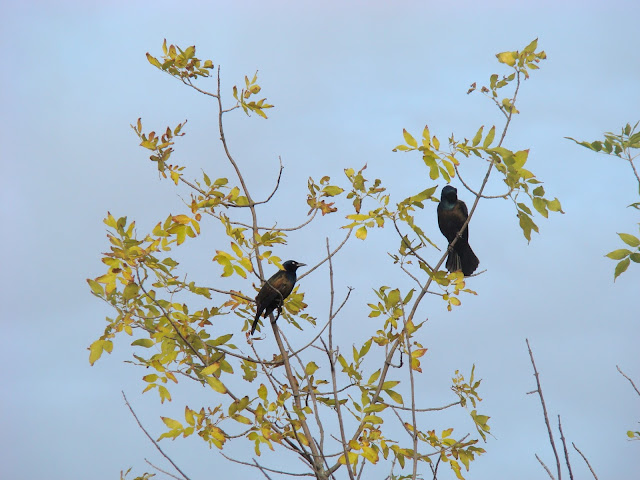 A pair of grackles were watching closely. We hung around for a few minutes more and then did some shopping. Lunchtime was quickly upon us so we headed home. 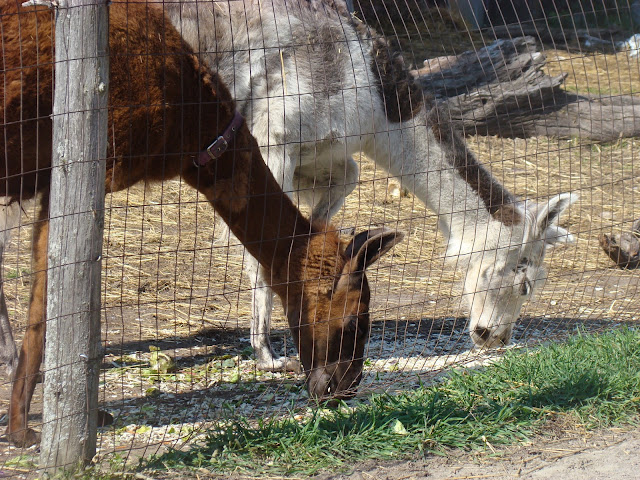 After lunch we hit the road again this time heading to Cobourg. We stopped at my favourite farm stand to visit with the Llama's. They were just enjoying their lunch. 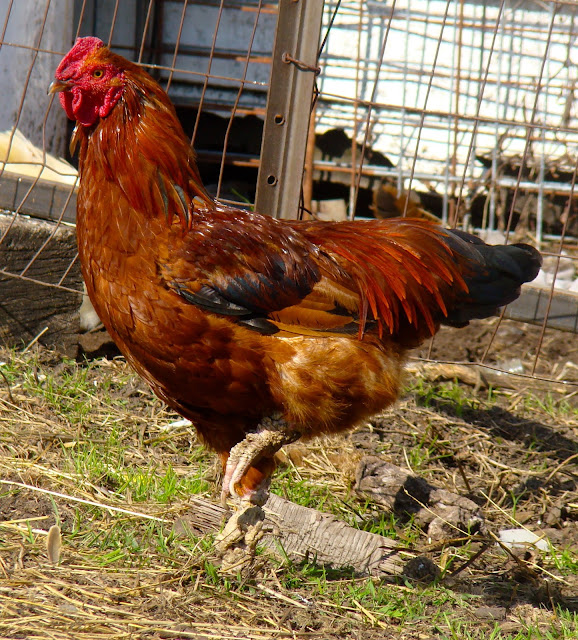 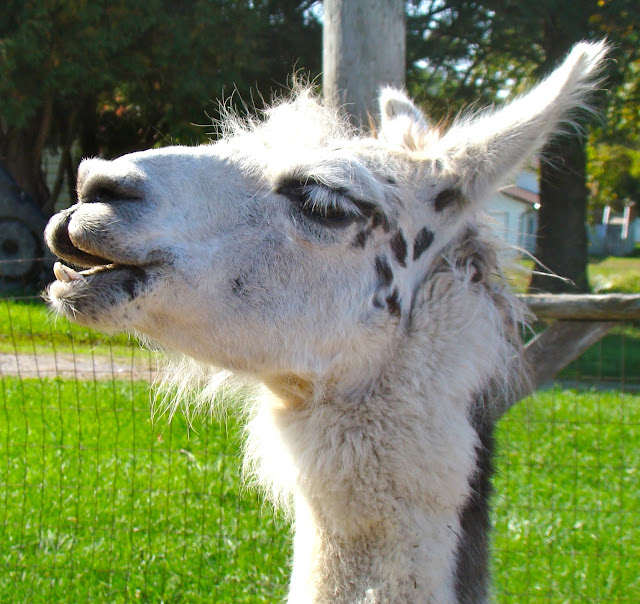 Look at that face! Kim took a hilarious photo of the brown llama kissing me. Maybe she will post it on her blog.
After leaving the farm stand we headed into Cobourg visiting three thrift stores where we each snagged some terrific bargains. 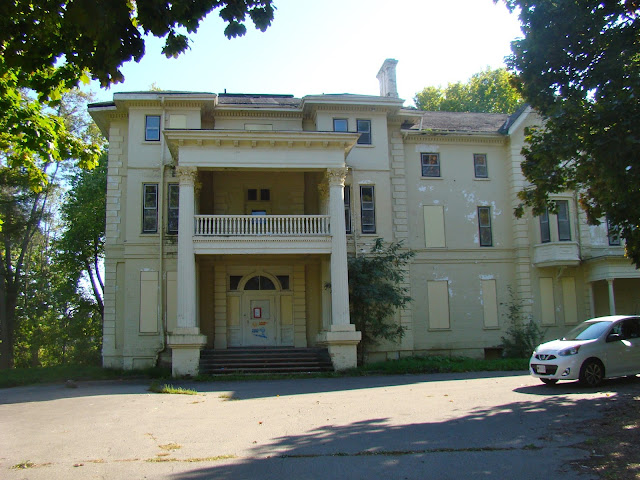 On the way out of Cobourg we stopped at this abandoned private hospital. It was the Sidbrook Hospital. Built in 1857 as a private home for Henry Mason by architect Kivas Tully. It was sold a few times over the years and in 1952 became a hospital. 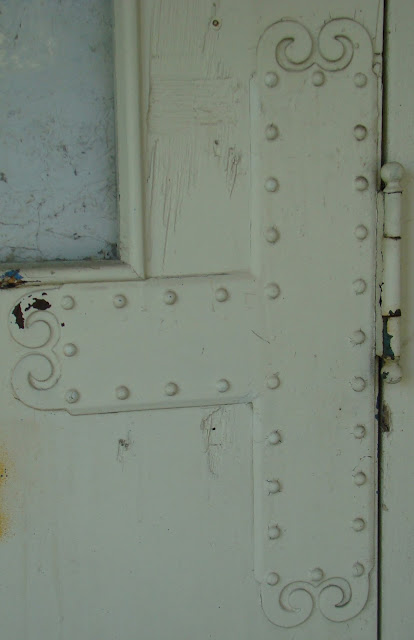 Fascinating building with so much to look at outside. Here's what it looks like inside. 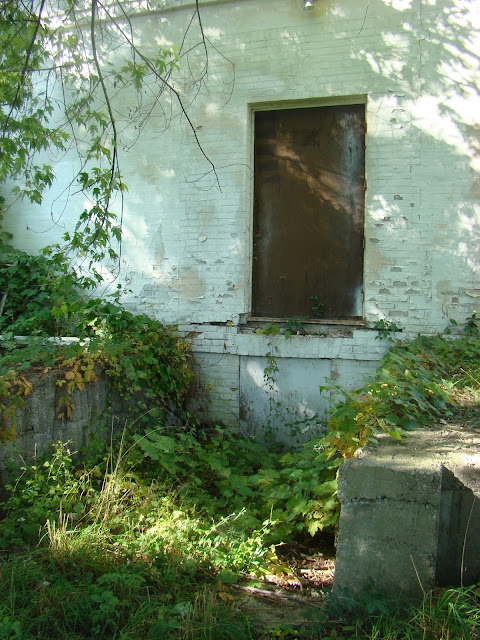 The hospital closed in 2002 and has been left to deteriorate since then. Rumour has is that it is haunted and ghosts have been supposedly seen. 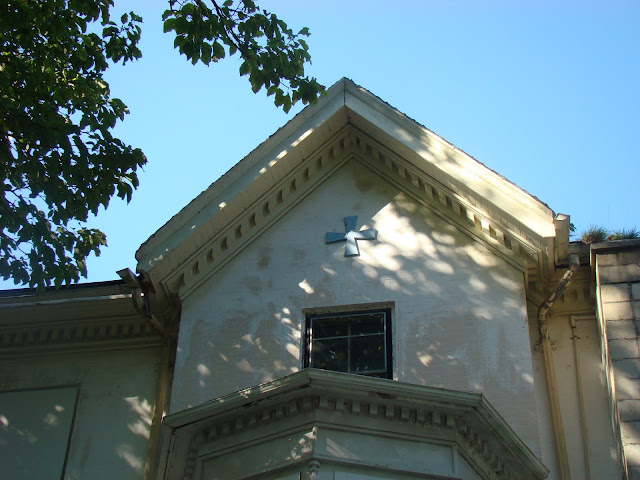 Sad to see such a beautiful, historic building falling apart. 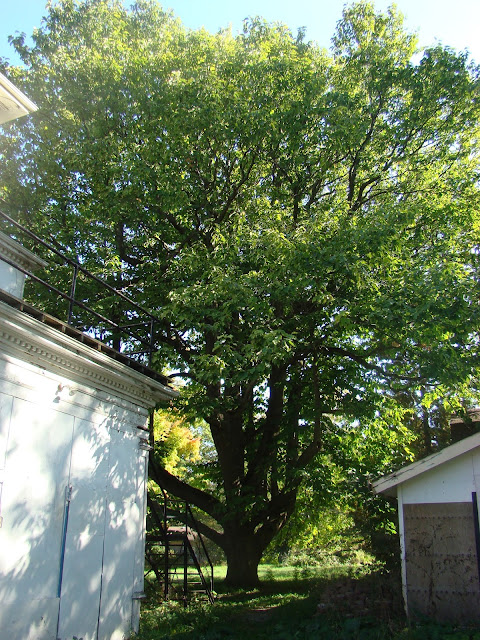 This magnolia tree in the backyard is over 100 years old. Here in this part of Canada they never usually grow this large. 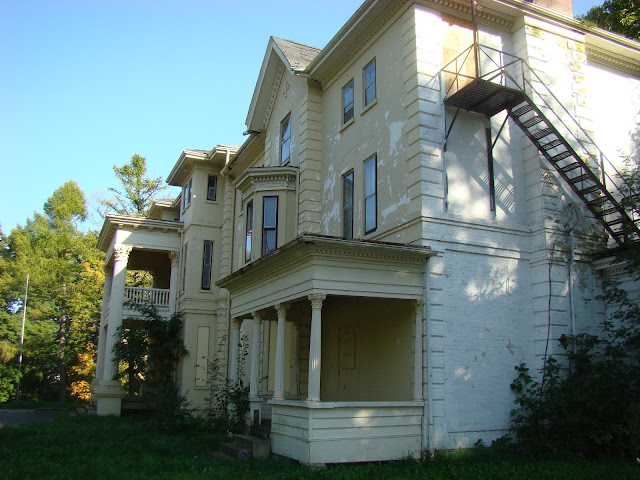 Kim and I climbed part way up this outside staircase but I thought Chuck would not appreciate receiving a phone call that we had fallen through a rusted out staircase so we came down. 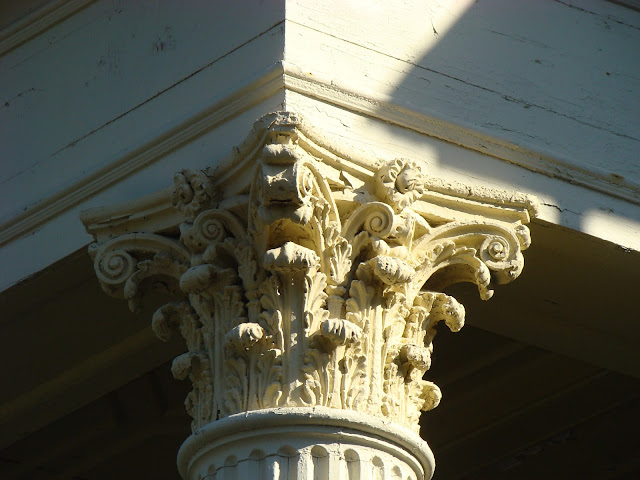 So lovely! What a waste. I believe we were there around a half hour. Just when we were leaving we noticed laying on one of the porches a large"No Trespassing" sign.  Oh dear!

We came home shortly before supper and Kim and I enjoyed a walk after supper.

Up next, Day Two!