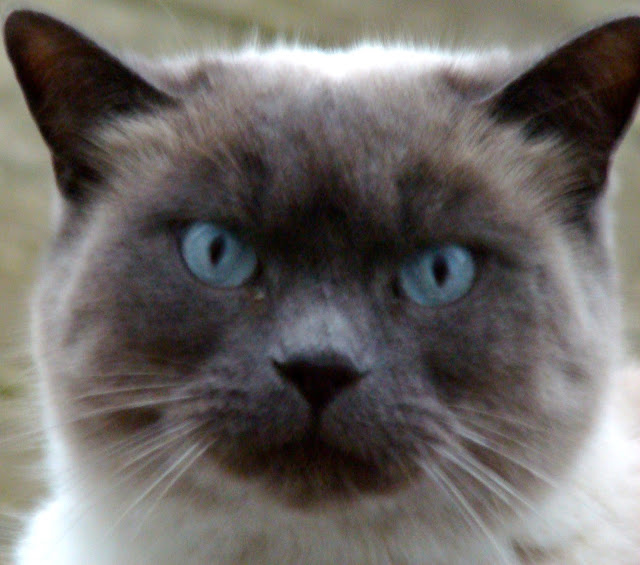 Miss Kitty and those blue eyes! You may remember we had two Siamese cats while I was growing up so I do have a soft spot for them. Miss Kitty is still a daily visitor at our back door. 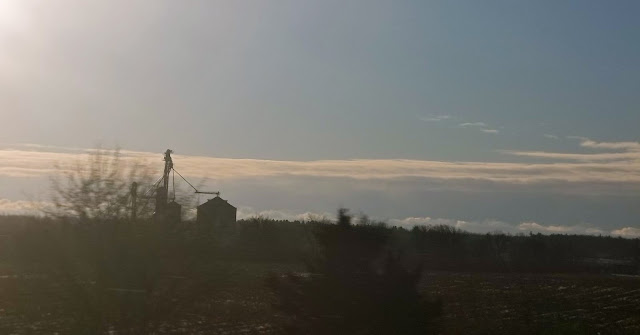 Yesterday was such a lovely day in more ways than one. The weather cooperated and was sunny and we spent the day with Kim. Great drive down (up?) with not much traffic. Snow was expected later in the day and we did have a few flakes but it didn't amount to anything. 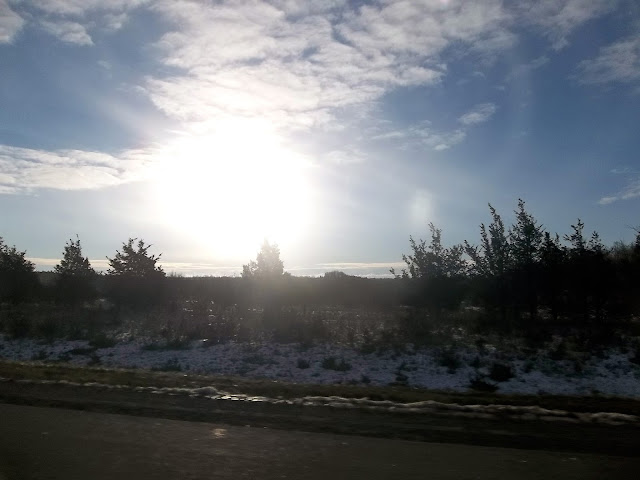 Much of our snow melted over the last few days leaving the crunchy, dirty stuff. 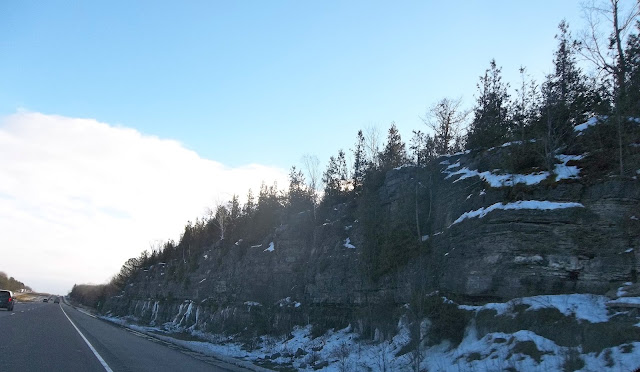 The rock layers on the edge if the road fascinate me. There were many icicles on them and on the way back we saw a little creek running over some but I couldn't get a photo. 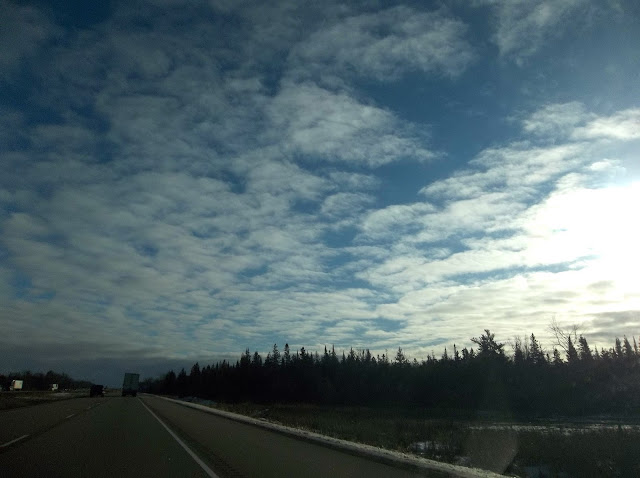 It did get cloudier the closer we got to Kim's.
We arrived at Kim's at 10:00 and after exchanging gifts we headed out to do an errand. Then home to a scrumptious lunch. Kim always spoils us. After lunch we headed downtown to visit two vintage clothing stores and two record stores. Well, Kim and I hit the clothing stores while Chuck hit the record stores. All were within one block. I found a beautiful silk blouse while Kim got a fantastic deal on a Spring coat. We then drove over to an Antique Store we have visited before There Chuck found a record he has been looking for. So we all found a prize!
Kim two boy's Derry and Nicki were as sweet as ever. It was warm enough for them to go out in the backyard. Their arch enemy, Mr Squirrel was on the top of the fence teasing them.
Derry wasn't too concerned but Nicki was following the squirrels progress along the fence.
Mid-afternoon we said Goodbye and headed home. A quick stop in Belleville for some Boxing Week bargains and a Home Depot stop then we were home. 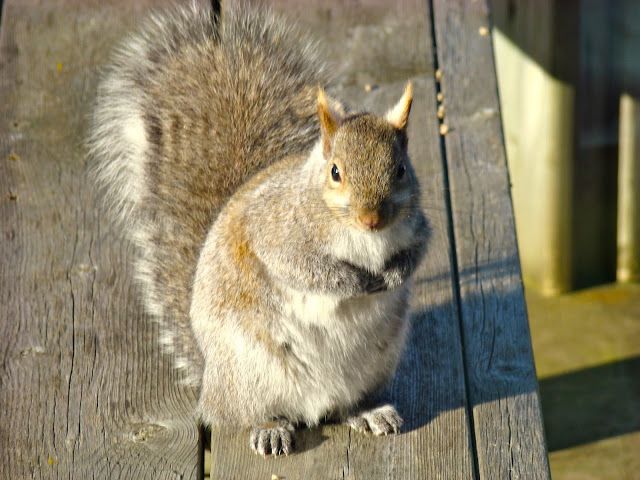 Our squirrels were busy feasting on some sunflower seeds yesterday morning. 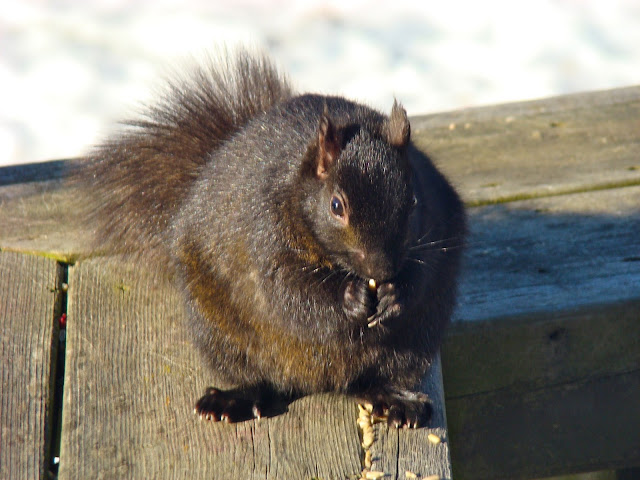 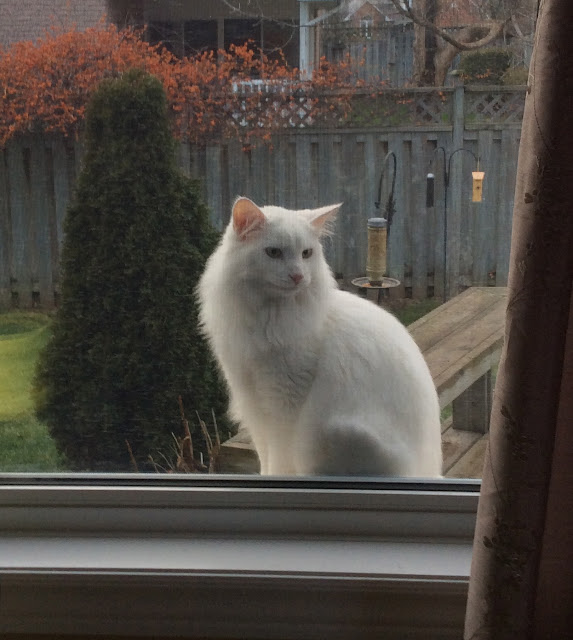 This is the last photo I have of Snowball, taken a couple weeks ago. We haven't seen her since. I don't know for sure if she was a stray. We have a problem with coyotes in our little town. We are just hoping she isn't a stray and her owners are keeping her inside now that it is Winter. 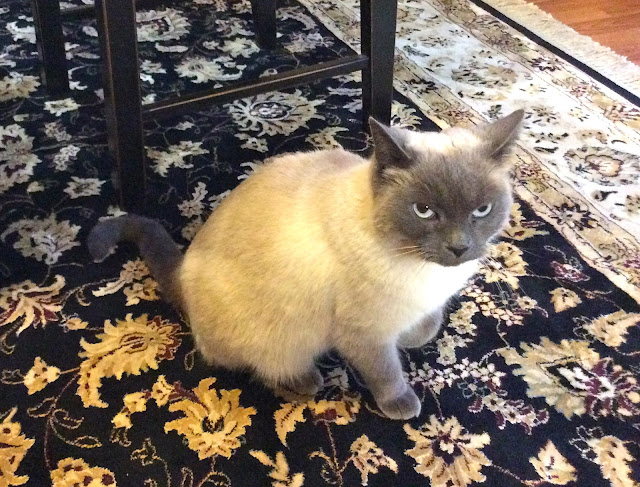 Miss Kitty is a stray. With the snow this morning I let her in. She ate a large bowl of food and then crashed on the carpet for an hour or so. 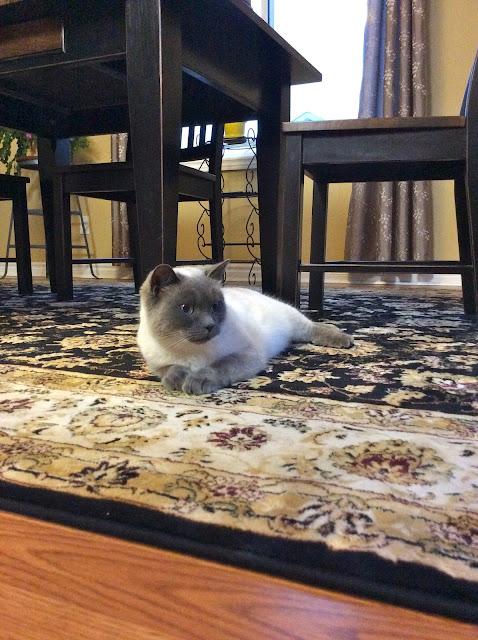 She is very sweet and purrs non-stop. I can't pick her up and she is very skittish. Loud noises frighten her too. She is obviously very street-wise to have lasted a few years as a stray. 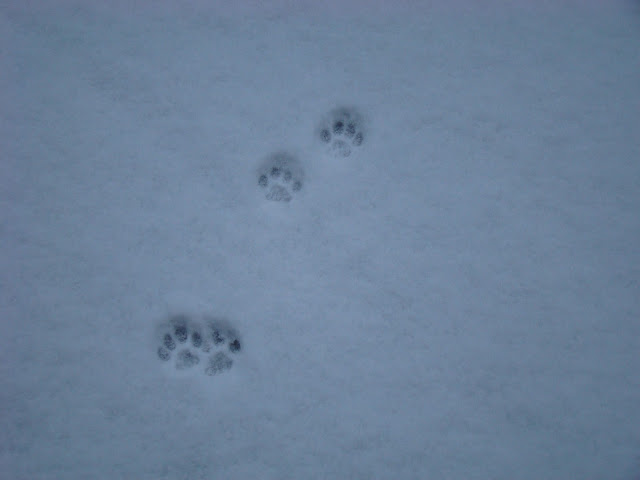 After a time she wanted to go back outside so off she went.

I wish you all the best in the New Year. Thanks so much for dropping by!
Robin