The waning (Thanks Luna!) moon had been very visible the last few days. I took this photo a few mornings ago. 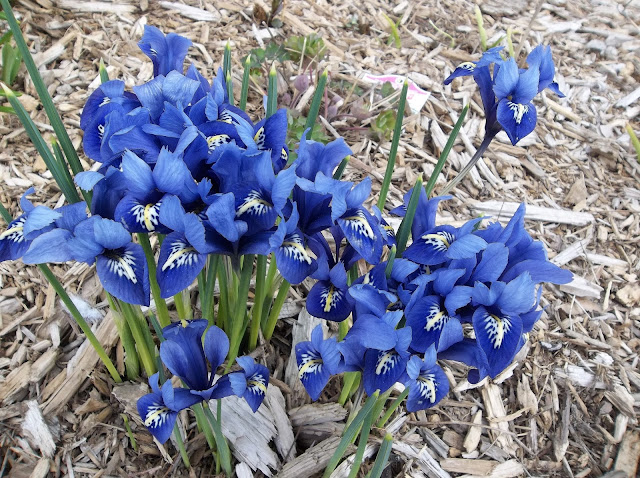 Love the miniature iris's. I have some planted too but they are a little later then these ones. 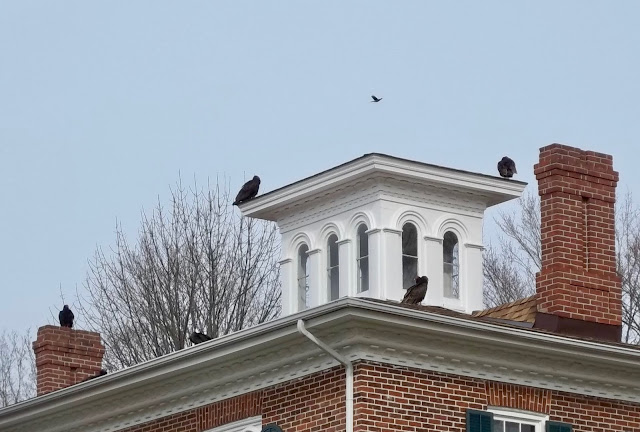 We popped up to Proctor House a few days ago and noticed 6 or 7 Turkey Vultures sitting on the roof. As we walked by they just peered down at us. 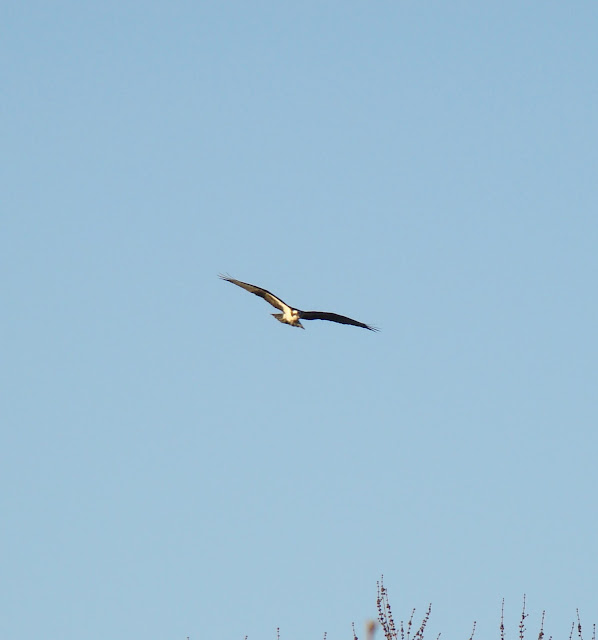 An Osprey was flying over the house the other day in big, wide circles. 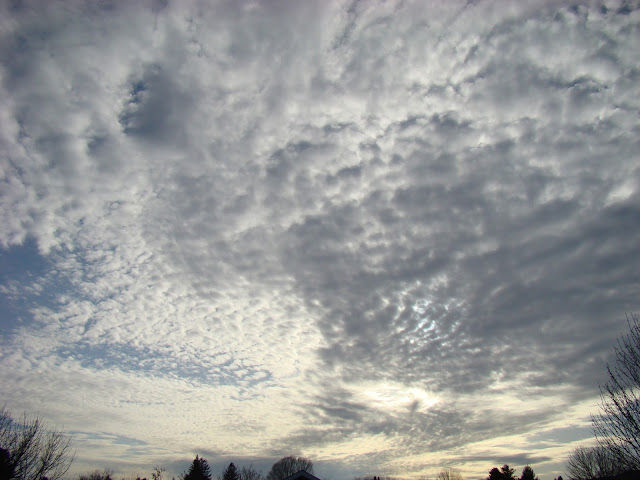 Gorgeous clouds. I still stand each evening and stare at the sky for a few minutes. 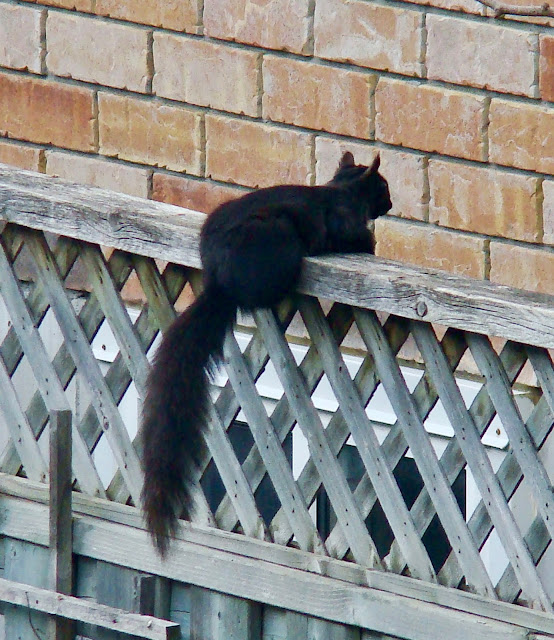 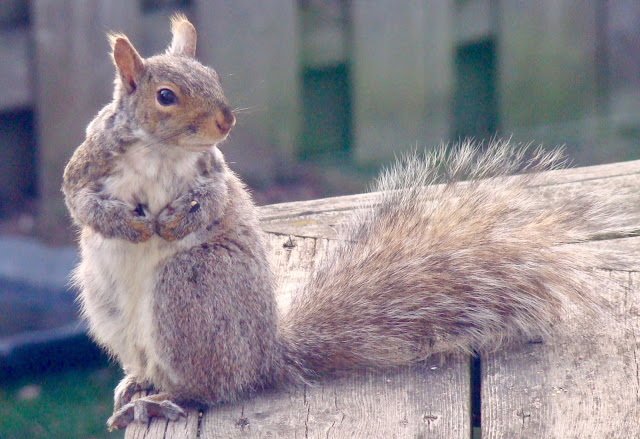 This little guy has been stopping by lately. 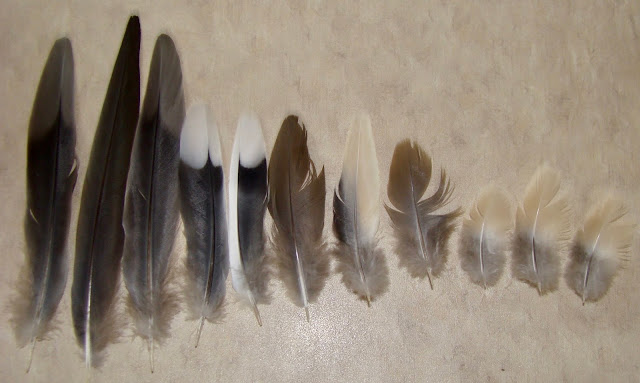 I found this pile of feathers in the backyard. I don't know what kind of bird (s) they are from. 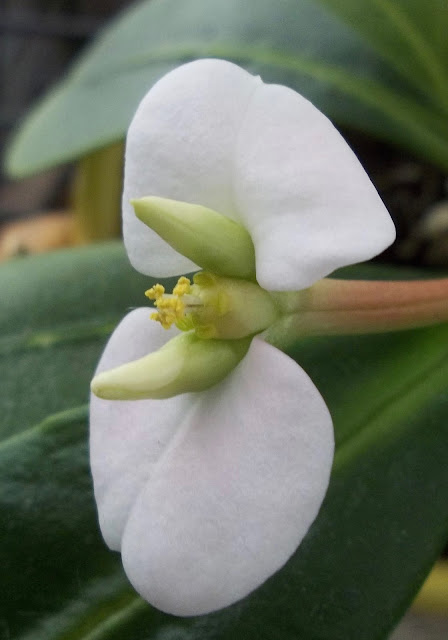 Last Fall our neighbour Merv gave me a tiny plant. He had grown it from a seed from a large plant he has had for many years. His Mother sent/gave him the seeds many years ago. She lived on an island off of Africa. I can't remember what the plant is called but it has started to flower. 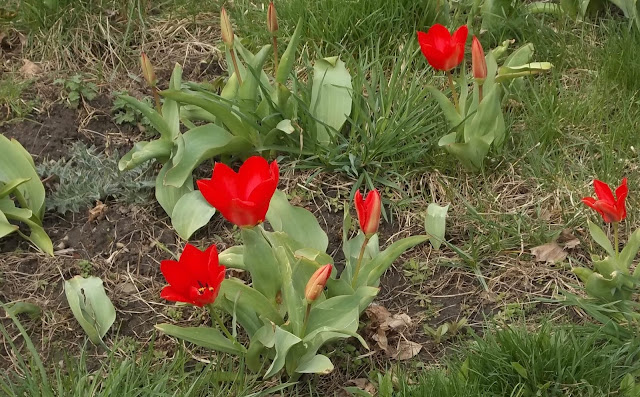 I do have a soft spot for red tulips. My Dad had a large patch in our backyard. Once every Spring he would cut each one of us kids a bunch we would then take to our teachers.

Finally managed a photo of the Cowbirds. 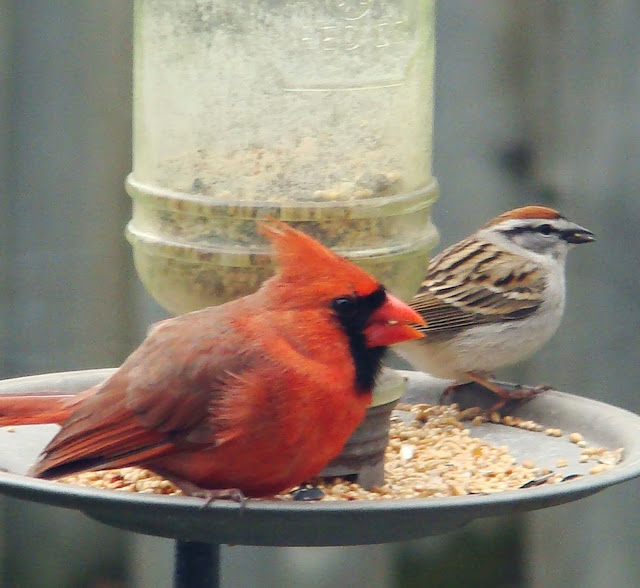 They ate side by side for a few seconds. 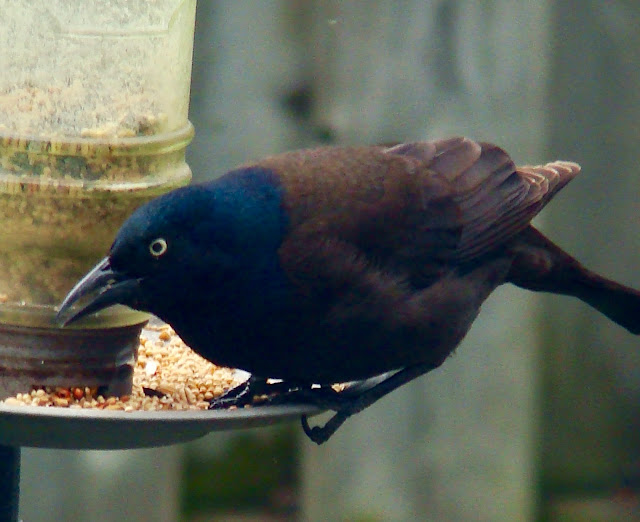 Everyone usually scatters when he comes to the feeder. 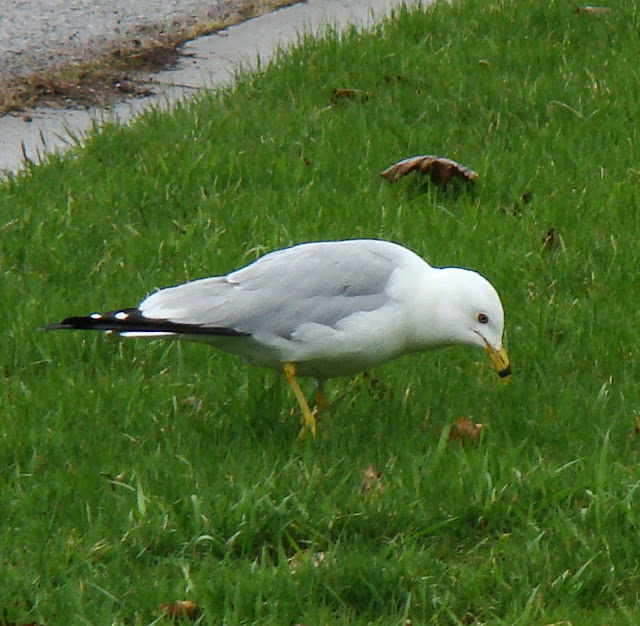 I was sitting in the living room reading when a gang of Seagulls came strolling down the street. They stopped at each lawn, nibbled for a minute or so and then moved on. It was interesting to watch. 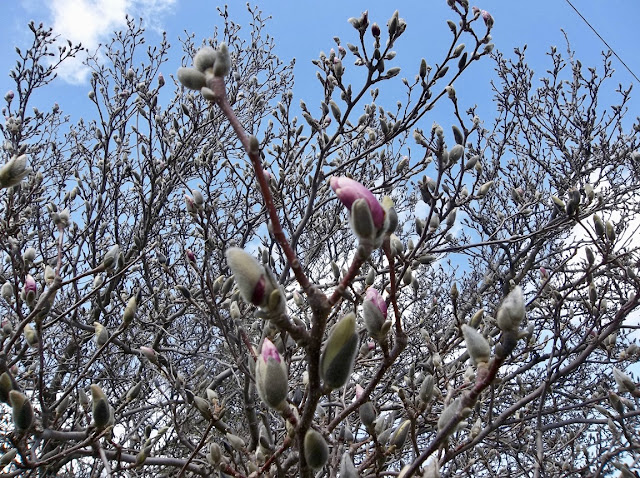 Magnolia coming out! I was so happy to see this! 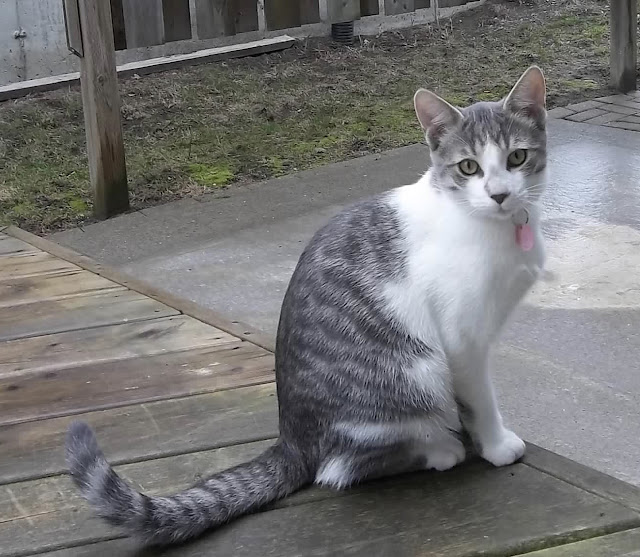 The new guy. He is someone's pet as most of the time he is wearing a collar. He goes through them as I notice he has different ones on. He stopped by early this morning for breakfast with a red one on. A half hour later it was gone!
Chuck and I were eating breakfast this morning and heard a commotion outside. A squirrel ran by the deck door with "the new guy" hot on his tail. I suspect is the reason for the pile of feathers in the backyard.

After a cool week it looks like we will finally be getting some Spring-like temperatures.

Have a wonderful weekend!
Robin