"All Along The Water" 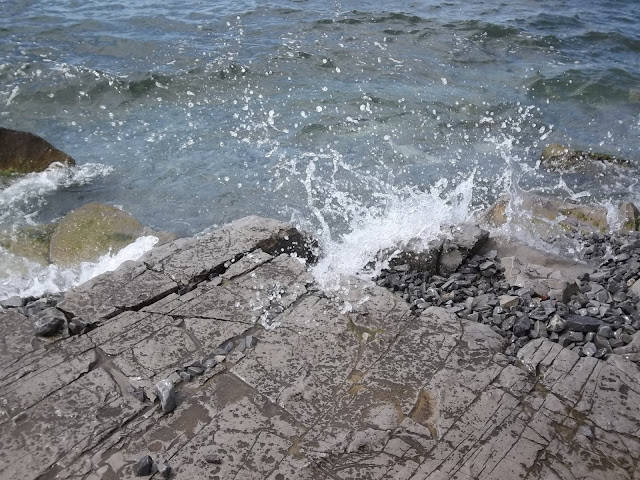 That's where we were on Sunday! A lovely day spent with Kim visiting and museuming.
Pardon the order of my photos. I don't know what is wrong with blogger. I had the photos all in order and this is how they downloaded them. 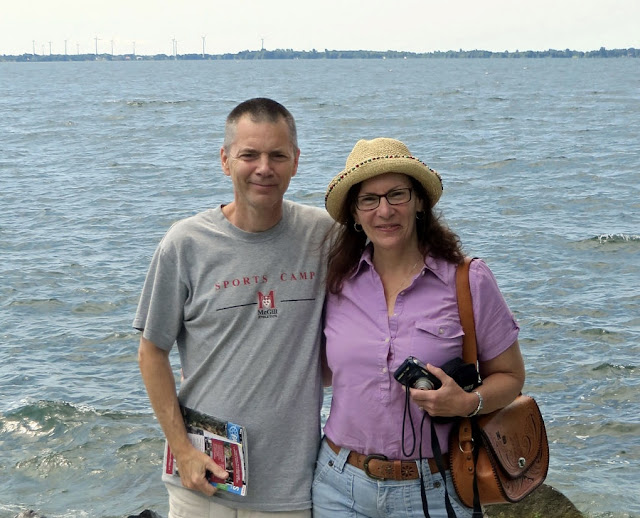 Chuck and I were standing on the shore of Lake Ontario taking photos and Kim said "Turn around, I will take your photo" and this was the result. 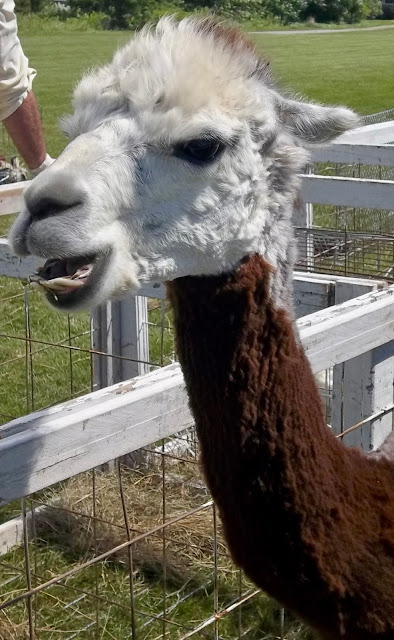 Saturday Chuck and I headed out to nearby Colborne for their "Canada 150" celebrations. It was darn cold and windy! A petting zoo was set up at the arena. You know I would be there! 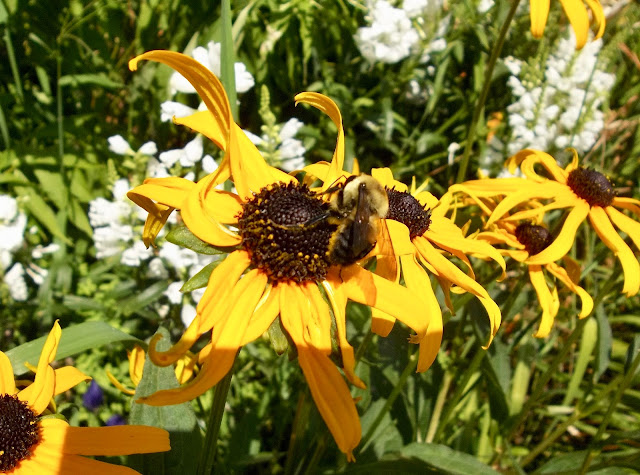 Mr Bee busy in the flower. 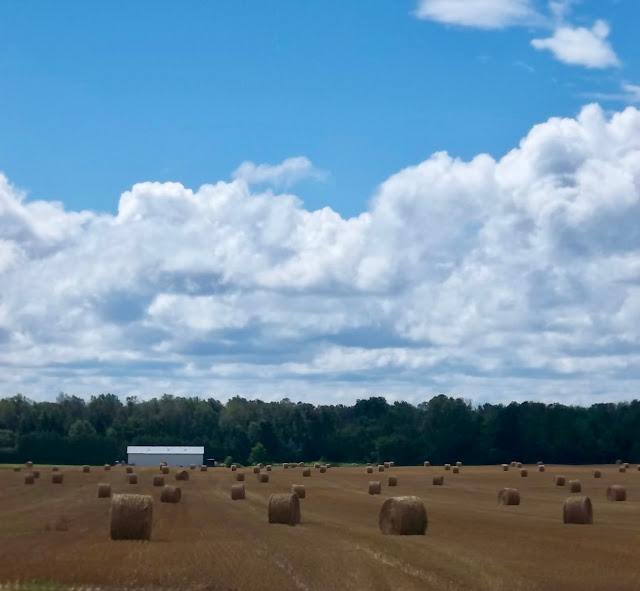 Lots of hay cutting going on this past week. 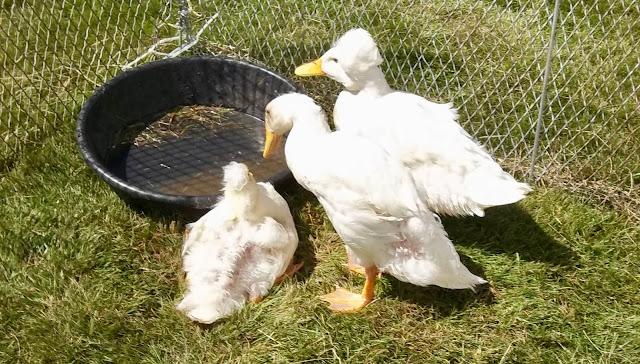 Back to the petting zoo. I don't know why the one duck has what looks like a toupee on his head! 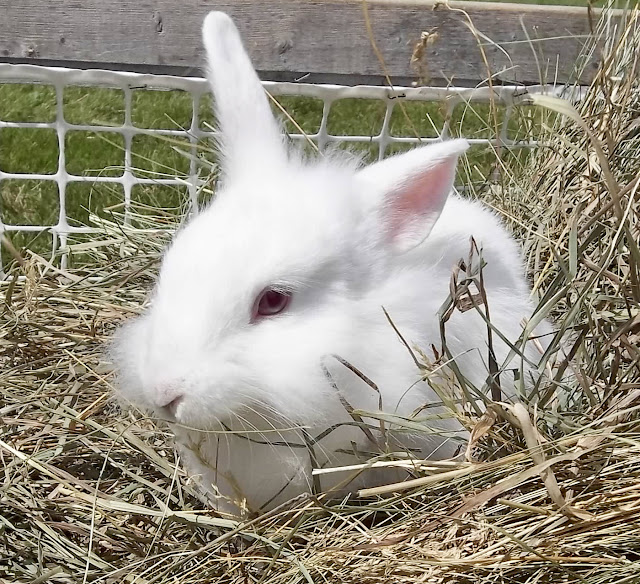 So sweet and so tiny. So sweet and so tiny also! 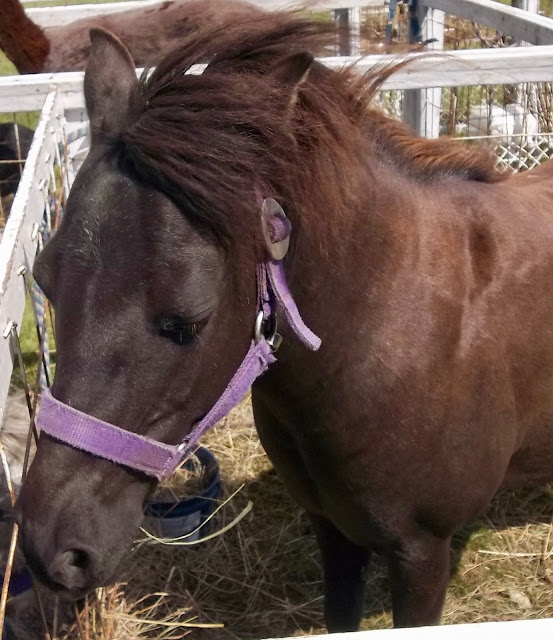 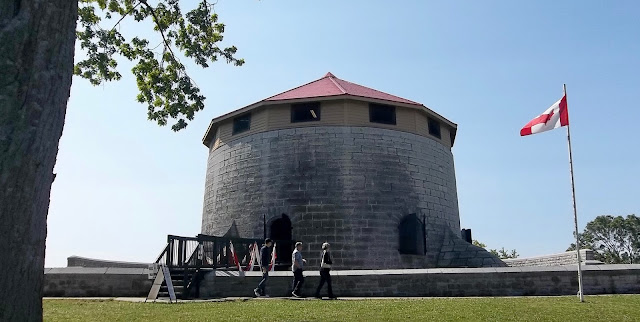 Back to visiting Kim. We toured Murney Tower located on the shores of Lake Ontario. Built in 1846 of limestone to complement the fortifications of nearby Fort Henry, it is surrounded by a dry ditch and only accessible by a drawbridge. It has operated as a museum since 1925. 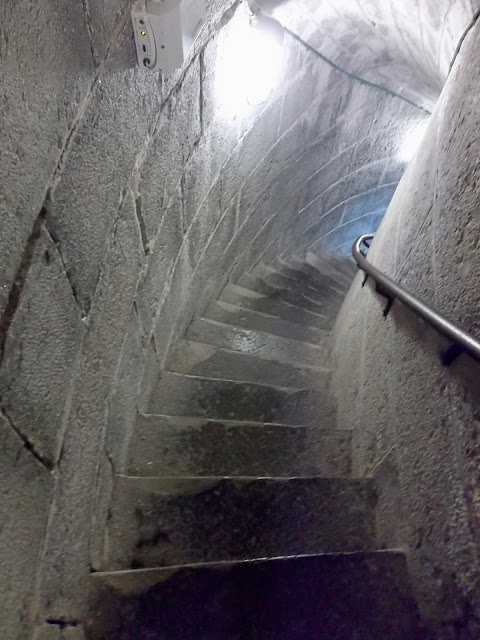 It contains three floors, the lowest level being storage and having infantry loopholes, the second level are barracks and the third level is the artillery platform. A large cannon was up there. 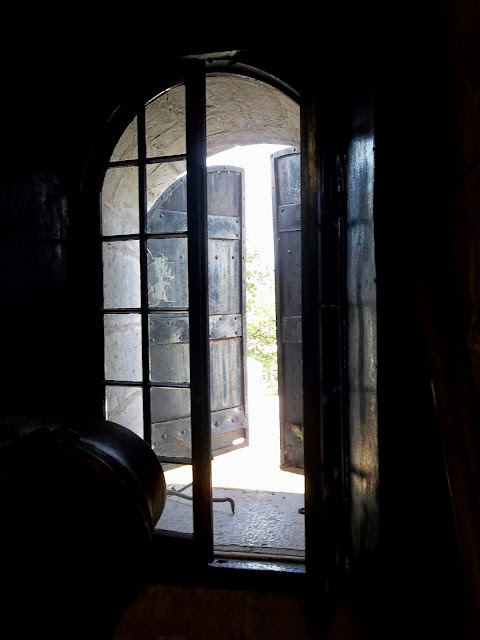 Being surrounded by a dry ditch the soldiers would shoot out the loopholes and if the bullet didn't hit it's intended target then often the ricochet would. 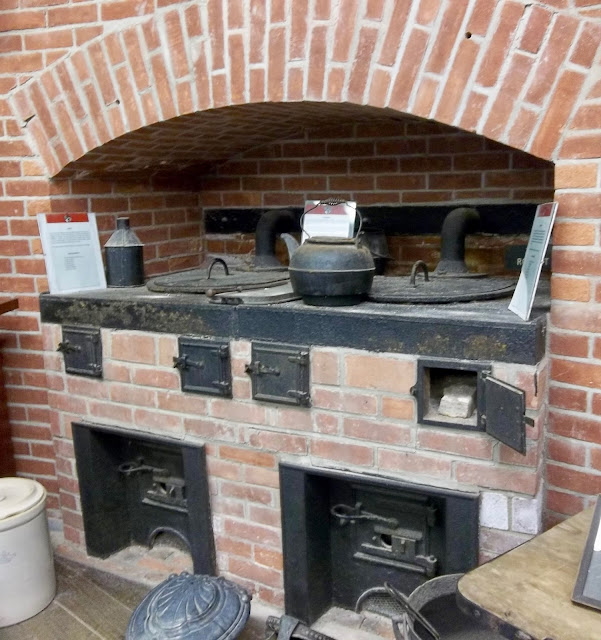 This large stove was on the second level. Up to 25 men would be housed here. Eventually it became housing for an officer and his large family.  It would certainly be an interesting place to live!

It was a gorgeous day so after we visited the museum we went for a walk. Many people out and about enjoying the day.
Mid afternoon we headed home. Just before we left a quick rainstorm blew in. 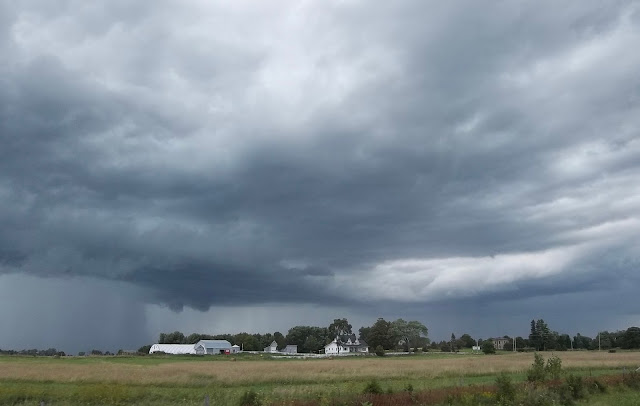 By the time we got out on the highway it had stopped raining but the clouds were ominous looking. 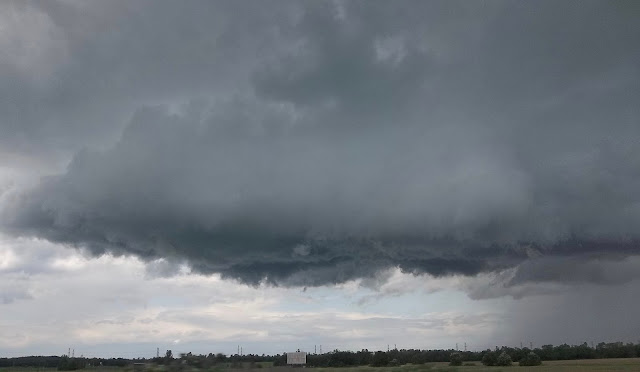 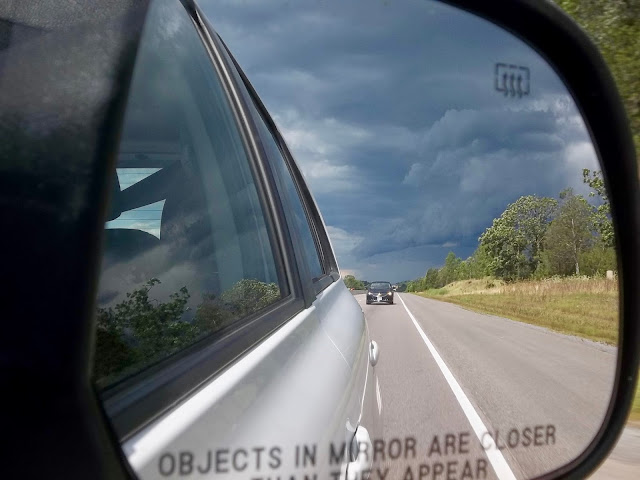 Looking back towards Kingston.

It was a great long weekend and we are already looking forward to the next one!

Have a good day!
Robin