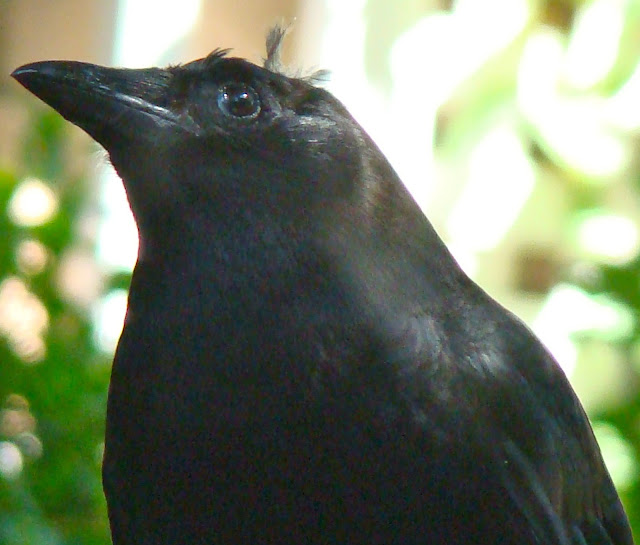 Alfalfa paid another visit to the feeders yesterday. The other birds were not too happy with his company but the squirrels stayed put and just kept an eye on him as he ate. 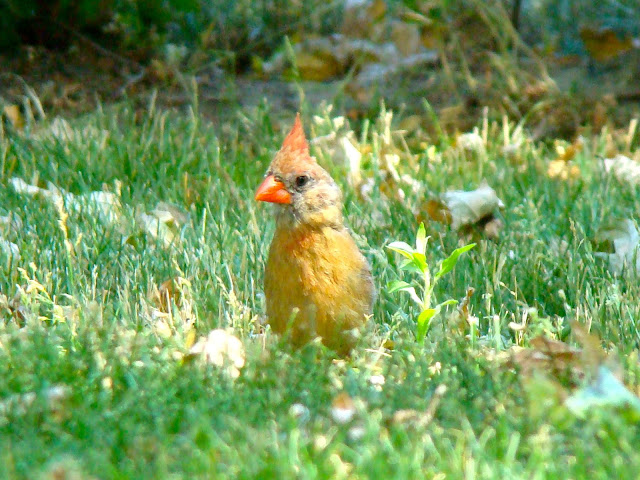 Hot and humid the last two days and for the next few according to the weather forecasters. I am NOT a fan of this weather. My hair tends to do the same as this female cardinals head feathers! 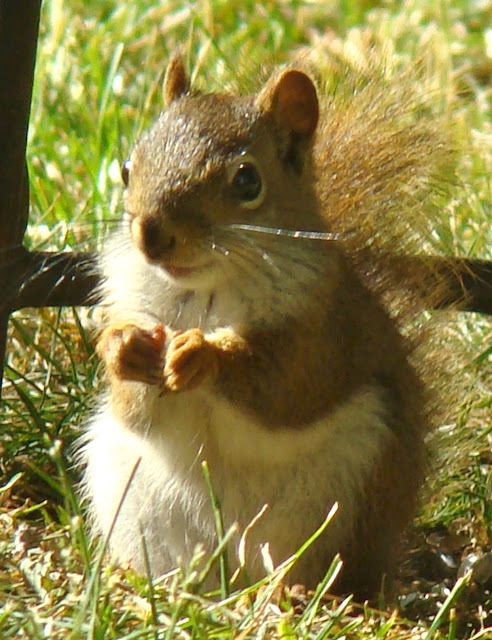 This little one looks like he is smiling at me as I was taking his photo.
Not much going on around our home right now. It feels strange to be alone in the house during the day now. Last summer Chuck was off work so we were together quite a bit. The previous nine summers our cat Sam was alive so at least there was another living, breathing being in the house. Very quiet now. 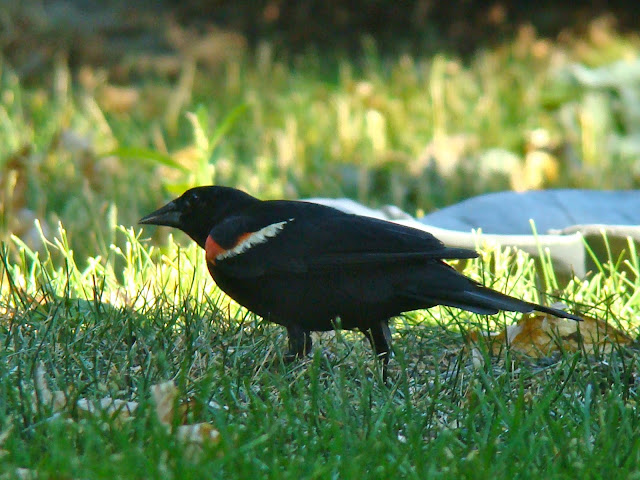 We move into our new home in just under six weeks. We have everything arranged, utilities, taxes etc… so it is just a matter of waiting now. It will be a long six weeks I think! 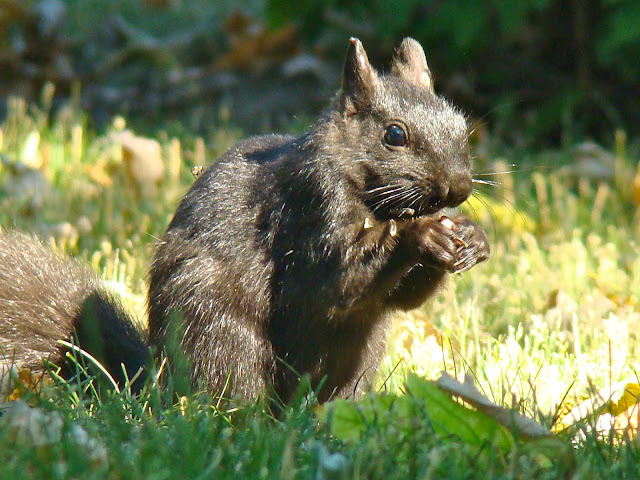 I will start packing up items we don't use on a daily basis such as the good dishes, winter clothes, that kind of thing. 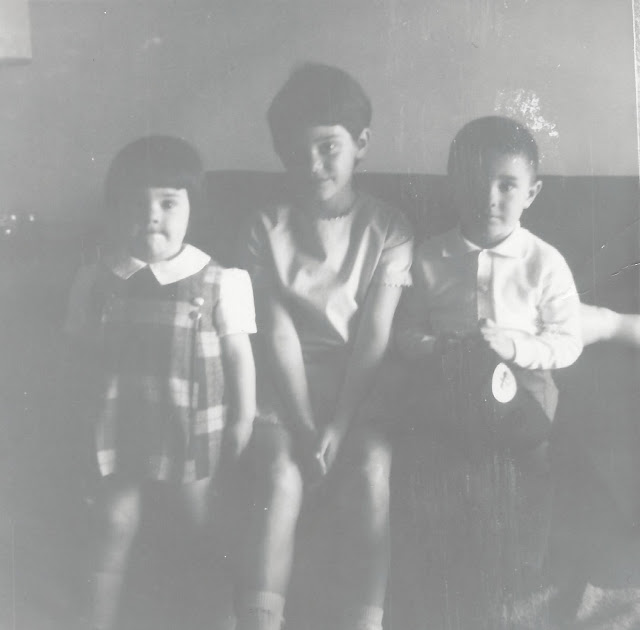 I don't think I have posted this photo before. It is my sister, brother and I in July 1966. I was two, my brother was five and my sister eight. Love the haircuts! My Dad cut everyones hair back then.

Well, I must be off. I have to take the car in for servicing. When we were having the brakes serviced the mechanic noticed a clip missing from the emergency brake cable. He placed an order for a new clip but found out that the clip can not be purchased alone, the whole brake cable has to be replaced. A two minute job will now take an hour. Thankfully it is covered by the warranty so no cost to us.