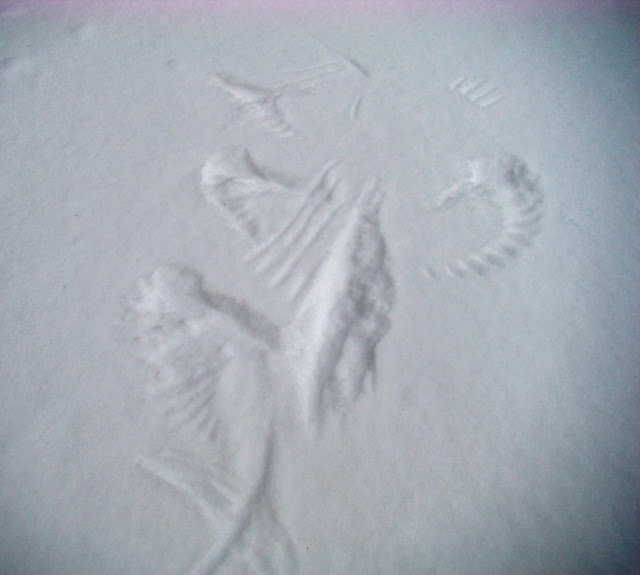 Around our yard we have I think four shrubs/bushes that have berries in the Winter. The Robin's have been raiding them over the last few days. Right underneath our living room window we have two Holly bushes which the Robin's seem to favour. Inevitably a Robin or two crash into the window. Monday just before supper I heard that distinctive sound. Chuck and I ran over to the window and a female Robin was lying on the snow below the bush. The male stayed right beside her while she lay there. I checked twenty minutes later and she was still there. I looked after supper and they both were gone. The next morning I went outside to walk downtown to do a few errands and I saw this in the snow. 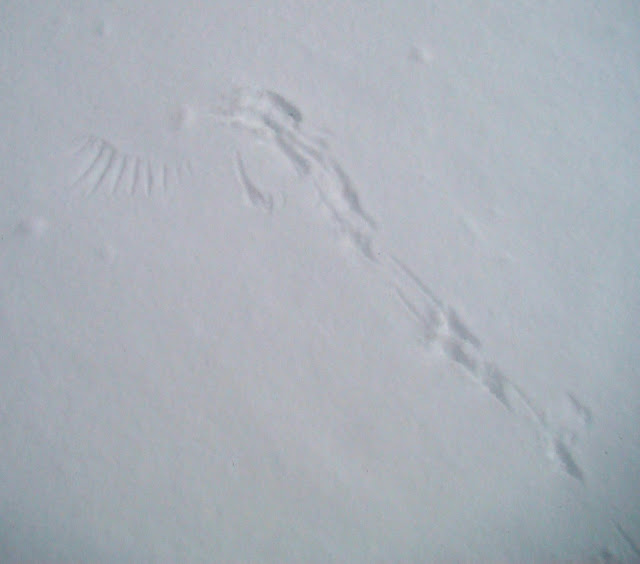 I guess she made a few attempts to fly before she finally was airborne.  Her wings made a beautiful pattern in the snow. Hopefully no more birds will crash into the window! 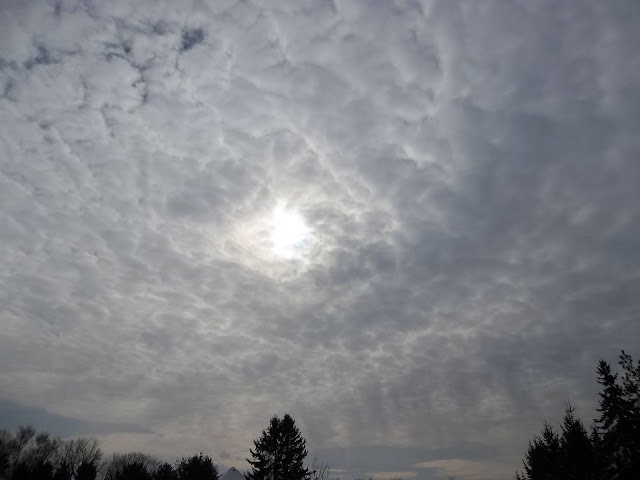 On the way home from my errands the sun peeked through the clouds. 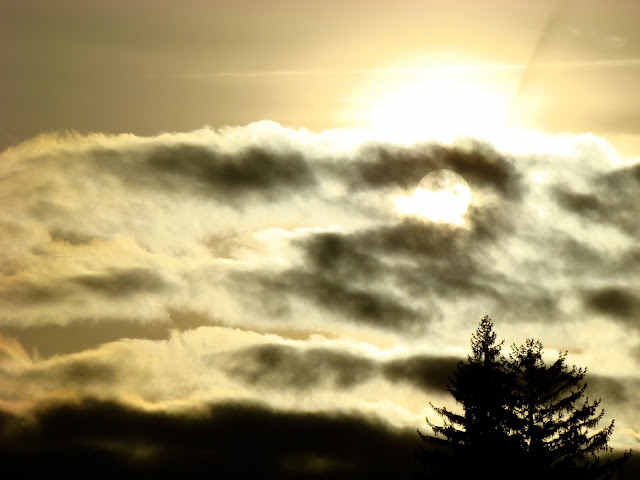 I took this later in the afternoon. 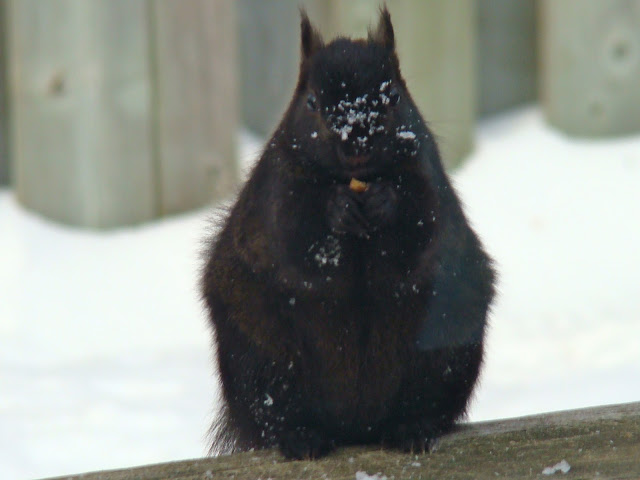 You know who enjoying his peanuts! 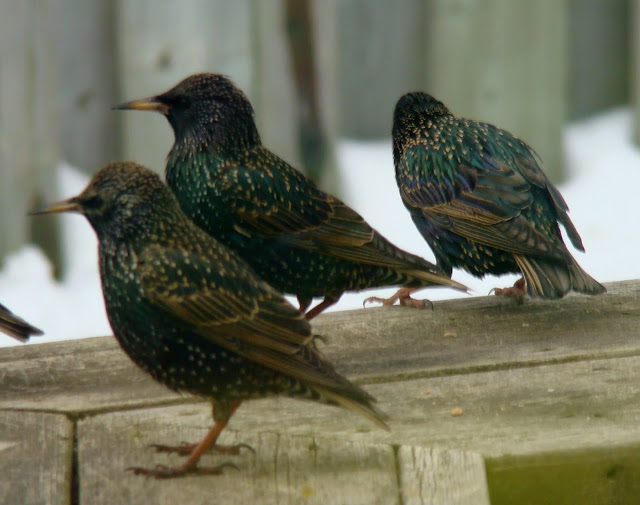 This was a first. A small flock of starlings descended on the feeders. 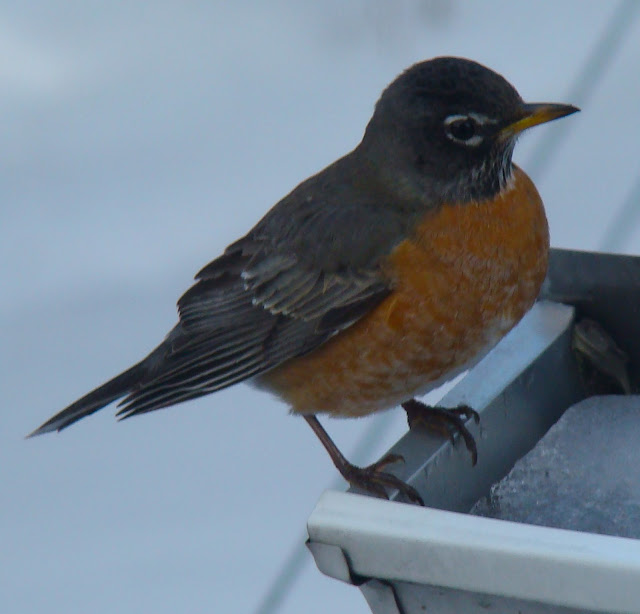 The Robin was drinking the water in the eavestrough. 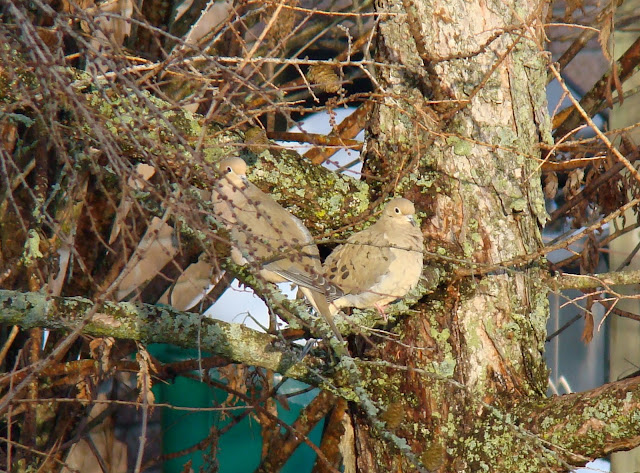 These two were far off in a neighbour's tree. 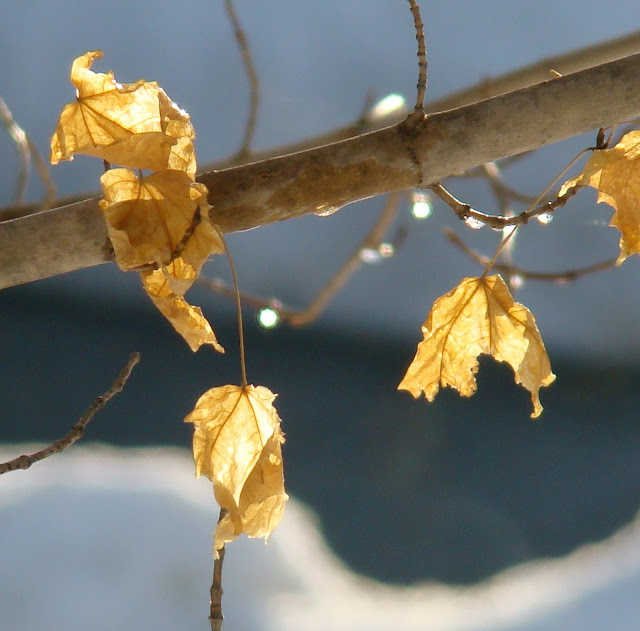 The sun came out yesterday morning and melted some of the snow. This weekend we are to be quite warm. It is a long weekend here (along with Saskatchewan, Alberta and the U.S.) so hopefully you can get out and enjoy it!